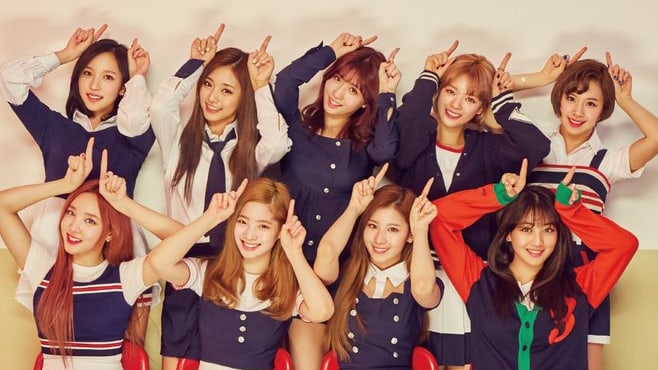 TWICE’s new song “SIGNAL” jumped all the way from No. 12 to No. 1 this week. After sweeping all the music show wins last week, it is no surprise that “SIGNAL” becomes our new No. 1 song this week. “SIGNAL” is only four points shy of a perfect 1000 score, sharing the hottest trending artist honor with SEVENTEEN on our Soompi Airplay. Congratulations to TWICE!

“SIGNAL” is the title song from TWICE’s fourth mini-album of the same name. Written by Park Jin Young, who collaborated with TWICE for the first time on a title song, “SIGNAL” has a groovy sound and an intense hip-hop rhythm; it is quite different from TWICE’s previous hit songs. It shows a more fierce and vibrant side of TWICE.

Such a strong “SIGNAL” pushed down our top two songs last week one spot, respectively. At No. 2 this week is last week’s champion PSY’s “I LUV IT.” Rounding out the top three is WINNER’s “REALLY REALLY.”

There is one other new song in the top 10 this week besides “SIGNAL.” Moving up 12 spots to No. 4 is VIXX’s latest hit “Shangri-La.” It is the lead track of VIXX’s fourth mini-album of the same title. It is a fusion R&B dance song with an intriguing introduction. With dreamy, lively verses and a refined, clear melody of the chorus, “Shangri-La” well expresses a harmonious, oriental concept.