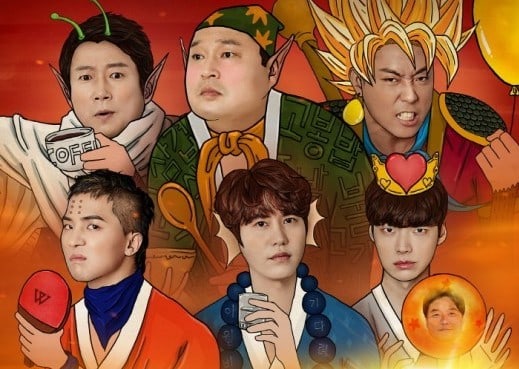 The first poster for tvN’s “New Journey to the West 4” has been revealed and its as hilarious as one would expect.

The series will begin airing on June 13 at 9:30 p.m. KST. The cast will head to Vietnam and not China for the first time in the series, and will bring back the entire cast of season 3, including Super Junior’s Kyuhyun, who recently enlisted in the army. With a sub-title of “Apocalypse of Hell” (literal title), the series is set to bring the biggest laughs ever. 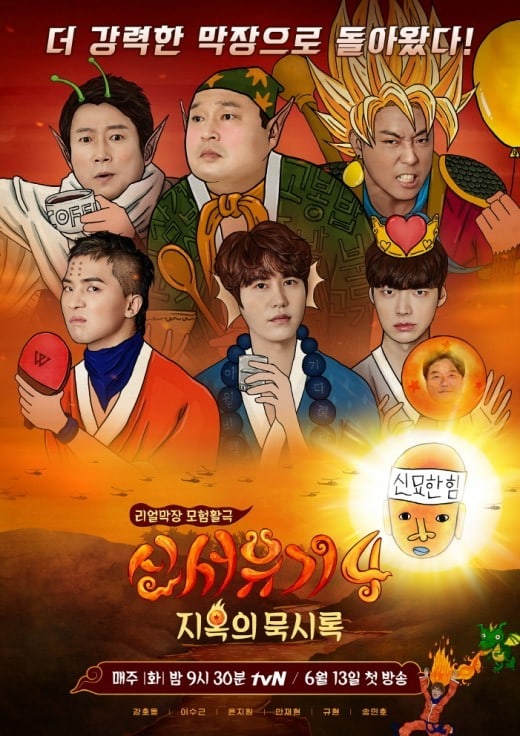 The new poster shows the members as fun characters, with Kang Ho Dong returning as Zhu Bajie, Eun Ji Won as Sun Wukong, Kyuhyun as Sha Wujing, and Ahn Jae Hyun as Xuanzang. The staff had previously hinted that characters from “Dragon Ball Z” would be added, and it’s now been revealed that Lee Soo Geun will be Piccolo and WINNER’s Song Mino will be Krillin.

PD Shin Hyo Jung stated, “The members will be bringing the laughs from the start, beginning with the character selection process. Song Mino became Krillin after coming up with an unbelievable bet. Lee Soo Geun kept worrying that he looked sick because of his makeup as Piccolo, but he looked so funny that he was able to make everyone crack up by just standing there.”

Are you excited to see the cast return for “New Journey to the West 4”?