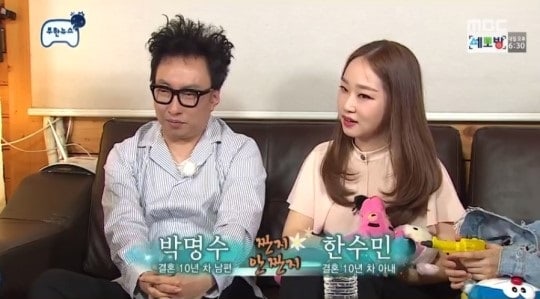 On May 3, “Infinite Challenge” aired their “Infinite News” episode, where HaHa broadcasted his whereabouts as a fake sheriff while members watched from inside. 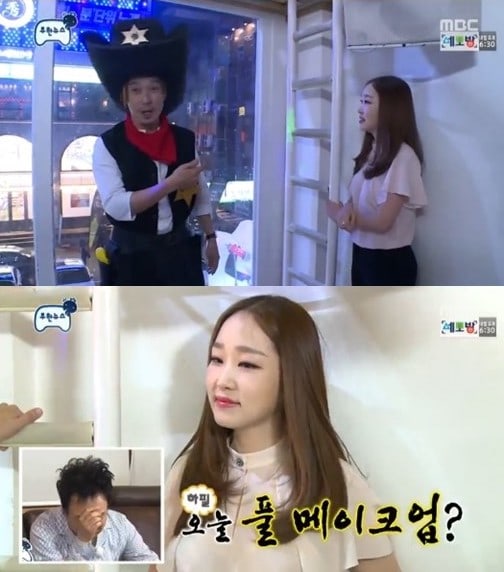 HaHa visited his wife Byul, who was singing at a noraebang with an unidentified friend. It turned out that this friend was Park Myung Soo’s wife Han Soo Min, and Park Myung Soo was surprised at the unexpected sight of his wife. 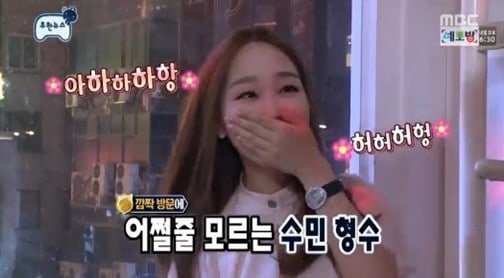 Flustered, Park Myung Soo asked the production staff if this situation was planned and immediately called his wife. However, when Han Soo Min came to see Park Myung Soo, his usual sardonic persona was gone and his affectionate side shined through as he lovingly told his wife, “Why did you put on so much makeup? You look prettier without it.” 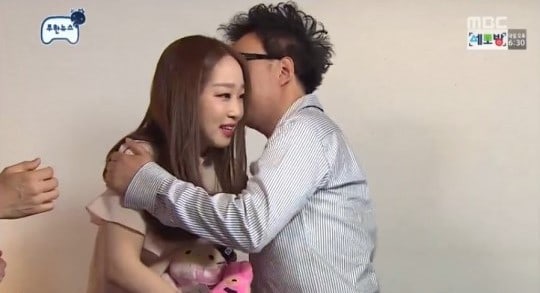 Park Myung Soo
Infinite Challenge
How does this article make you feel?