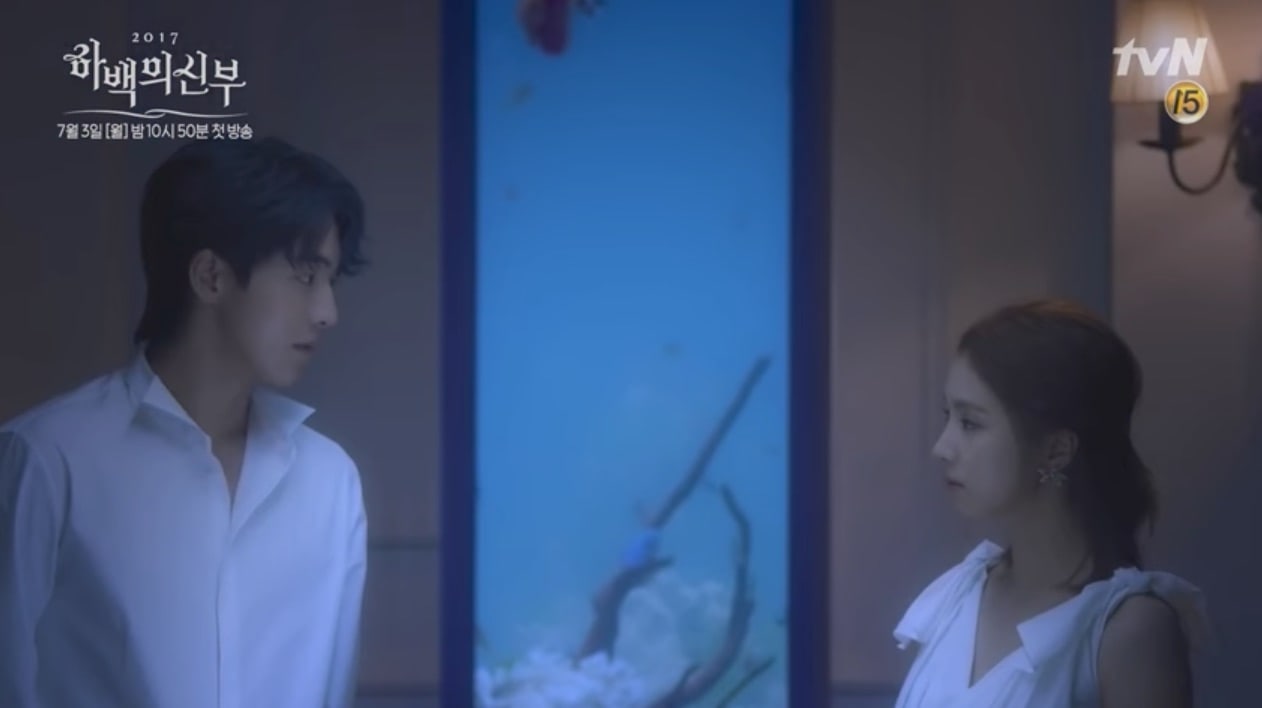 Following the first teaser and character descriptions, “Bride of the Water God” has released another mesmerizing teaser video ahead of the drama’s release.

The video for tvN’s new Monday-Tuesday drama was posted on tvN Drama’s official YouTube channel on June 2 and shows Nam Joo Hyuk and Shin Se Kyung looking at each other.

The teaser is reminiscent of the iconic scene in the 1996 movie “Romeo and Juliet,” in which Leonardo Dicaprio’s Romeo and Claire Danes’s Juliet fall in love when they catch sight of each other on opposite sides of a fish tank.

Nam Joo Hyuk says, “I’ve been looking for you for a long time, my servant,” while Shin Se Kyung simply states, “My god.”

“Bride of the Water God” is a spinoff of the original manhwa of the same name and is a comical fantasy romance drama about a water god and the doctor who is destined to serve him.

“Bride of the Water God” will begin airing on July 3.