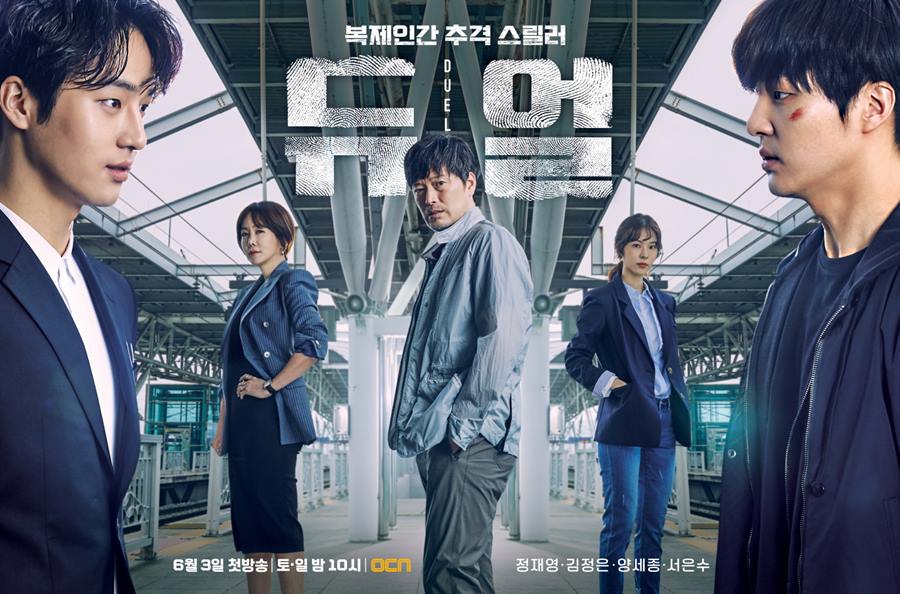 First Impressions: OCN’s “Duel” Contains All The Intensity And Action You’ve Been Hoping For

Action, mystery, murder, and a handsome male lead. K-dramaland has definitely not been short of these elements these days. With the success of hits like, “Signal,” “Tunnel,” and “Voice,” it seems like audiences are craving more of these types of storylines. In case you wanted to add one more title to the list of ongoing dramas you’re probably watching at the moment, here is a look at the brand new OCN drama “Duel,” starring the ever-so-charming and handsome Yang Se Jong. 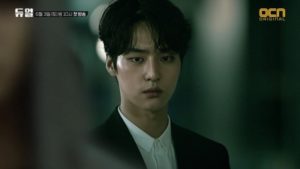 Do I have your attention? Thought so.

Keep reading to learn more about the first two episodes!

The drama begins with a police officer named Jang Deuk Cheon (Jung Jae Young), who is frantically trying to gather money to give as ransom to the person who kidnapped his daughter. The kidnapper takes Deuk Cheon on a wild goose-chase, giving him instructions on what to do if he wants his daughter back: he must do it alone and without the help of anyone. Despite these instructions, prosecutor Choi Jo Hye (played by Kim Jung Eun) is insistent on tracking the kidnapper down. Even though she could put Deuk Cheon’s daughter at risk, she sends investigators to tail Deuk Cheon.

While Deuk Cheon is searching for his daughter, he bumps into Lee Sung Joon (played by Yang Se Jong). Recognizing Lee Sung Joon as the kidnapper, Deuk Cheon beats him up, even though Sung Joon has no idea who he is or what is going on. They then spot another guy in a black hoody who looks exactly like Lee Sung Joon. The man has a smirk on his face, as though he is the one who actually kidnapped Deuk Cheon’s daughter. Deuk Cheon chases after him, but he gets away. What Deuk Cheon doesn’t know is that Lee Sung Joon and Lee Sung Hoon are a part of some scientific cloning project. We don’t know how many clones there are, nor the process of how these two came to be, but I’m sure it will be revealed in later episodes. All we know is that one of them is responsible for kidnapping Deuk Cheon’s daughter, and the other is innocent. 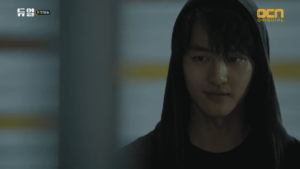 The story pans to 10 days prior to the kidnapping, where Deuk Cheon is investigating the kidnapping of a child alongside the prosecutor. This is when we get to see how Yang Se Jong’s character is connected to Deuk Cheon. While Deuk Cheon rides in an ambulance with his sick daughter, Lee Sung Hoon (the evil clone) hijacks the ambulance and leaves Deuk Cheon unconscious.

Fast forward back to present day, Lee Sung Joon (the innocent clone) somehow gets sent to Deuk Cheon and becomes a prime suspect in the kidnapping of the officer’s daughter. He has no recollection of what happened and is frantic in wanting to figure out his identity. He is eventually convicted for the kidnapping of Deuk Cheon’s daughter, but Deuk Cheon is convinced that he is innocent, and that it is in fact his evil “twin” who is the suspect (at this point, Deuk Cheon has no idea that clones even exist and assumes they are twins). He helps Lee Sung Joon escape from jail in hopes that the two of them can find his daughter.

The first two episodes are intense, but it was almost expected. Especially because it’s an OCN action drama and the teasers alone foreshadowed its intensity. Dramas like this are awesome because you think you might not get sucked in, but the next thing you know, the episodes are over and you’re wallowing in despair as you wait for the following week’s episode. There are cliffhangers in “Duel” that will have you on the edge of your seat, so if you’re patient, you could probably wait until most or all of the series is out to binge-watch it.

It was surprising to see that the drama didn’t have more science fiction elements. Because the drama involves clones, I was expecting there to be more laboratories, experiments, and scientists or whatnot, but there might be room for those things in future episodes. For now, I am totally content with the action and the mystery. Not to mention the amazing acting skills from our two male protagonists!

Jung Jae Young as Chief Jang Deuk Cheon is fan-freaking-tastic. Not gonna lie, my sole reason to watch this drama was Yang Se Jong and Yang Se Jong alone, but Jung Jae Young does such an incredible job of portraying his role. His ability to play the loving father who is willing to do anything for his daughter is so real and heart-breaking. He really makes his character so believable. 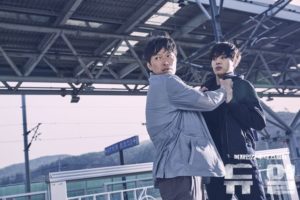 Despite the fact that Yang Se Jong was barely in the first episode, it was all made up for in the second episode. Man, this guy can act. And if you need further proof of this, check out his audition footage for this role.

It’s SO cool how he can act out two different personas so flawlessly.

Yang Se Jong has been making a name for himself really quickly despite not having been in that many dramas. People are already talking about his amazing acting abilities, which are definitely showcased in this drama. He plays two totally different characters; innocent clone Lee Sung Joon, who has lost his memory; and Lee Sung Hoon, another clone who is a cold-blooded murderer. You can tell the difference in their characteristics just by their facial expressions. It’s exciting to think about this actor’s future, because it’s guaranteed to be bright. 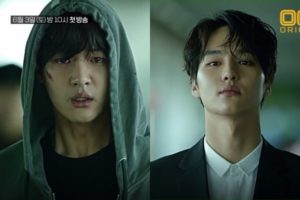 We can’t forget to mention Kim Jung Eun, who plays prosecutor Choi Jo Hye. I was so annoyed with her because she kept getting in the way of Jang Deuk Cheon’s job, and she had a lack of zeal in wanting to rescue his daughter. I have a feeling she’s going to be the thorn in our side as the drama progresses. 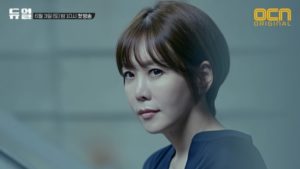 Her smirk is just so evil and annoying. UGH.

This is definitely a drama to watch if you’re into action, mystery, and intense cliffhangers. You definitely will not be bored while watching this drama. Not only is the story unique, but the acting is superb. It’s also worth watching to see Yang Se Jong in his element. Just seeing him act out two different personalities in one drama is a masterpiece, and you won’t be disappointed.

I’m hoping that the drama doesn’t drag on too much in terms of getting Deuk Cheon’s daughter back. If he doesn’t retrieve her within the next few episodes, it might be frustrating, but maybe there will be some other aspects to the plot that will distract us from this. All in all, it’s great to see that Yang Se Jong got this lead role, and I’m rooting for him and the success of this drama!

Hey Soompiers, what do you think of “Duel” so far? Let us know in the comments below!