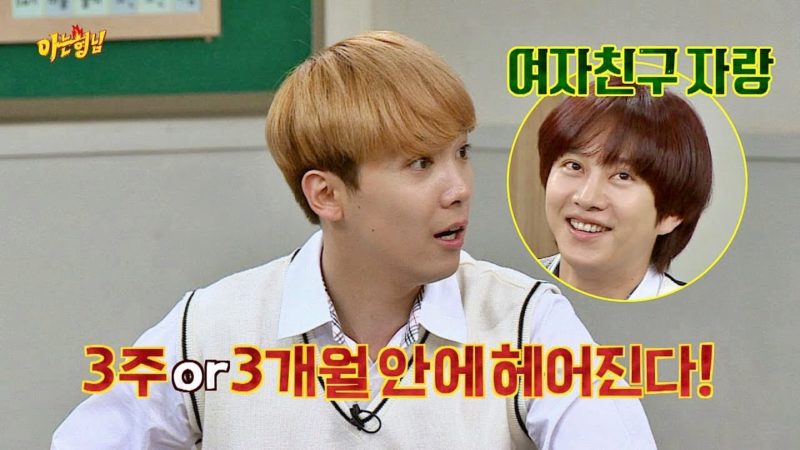 On June 3, FTISLAND’s Lee Hong Ki and Lee Soo Kyung appeared as guests on JTBC’s “Ask Us Anything” and talked about some fun bets they had with their friends.

Lee Soo Kyung asked the cast of the show to guess what kind of bet she had won, later revealing that she had gone 10 days without washing her hair.

During the conversation, Lee Hong Ki also brought up an interesting bet of his own that had to do with Kim Heechul. He said, “When Heechul was dating this girl a long time ago, our friend group, Chocoball club, had a bet on how long the relationship would last. The options were three weeks or three months.”

To this, Kim Heechul responded, “I was hanging out with Lee Hong Ki, Jang Geun Suk, Mithra Jin, and Simon D and decided to introduce my girlfriend at that time to them. When I did, they started to yell out, ‘One week for me,’ and, ‘No, one week is too short. I think three weeks sounds about right.’ I ended up dating her for only a month so Simon D, who bet on three weeks, won.”