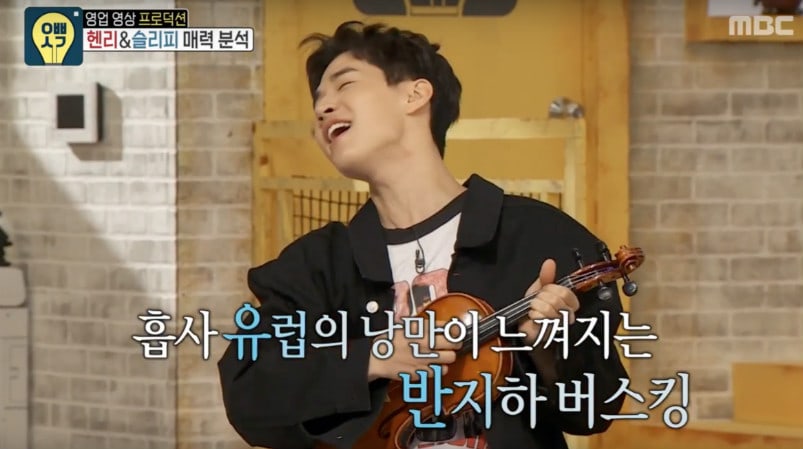 On June 3, Henry appeared as a guest on MBC’s “Oppa Thinking” and talked about being called “a musical genius.”

During the show, he talked about how he was playing piano, guitar, and violin almost perfectly by the age of 10. When asked what played the biggest role in his mastery of these instruments, he said, “I don’t think I was born with any special talents. It’s all hard work. I practiced every single day growing up, and I think anyone can master these instruments, too, if they practice enough. And I’m not saying this to be humble. I really believe this is the truth.”

Henry played the violin for the cast of “Oppa Thinking,” and even improvised a song on the spot. Check out his amazing performance below!

Henry
Oppa Thinking
How does this article make you feel?