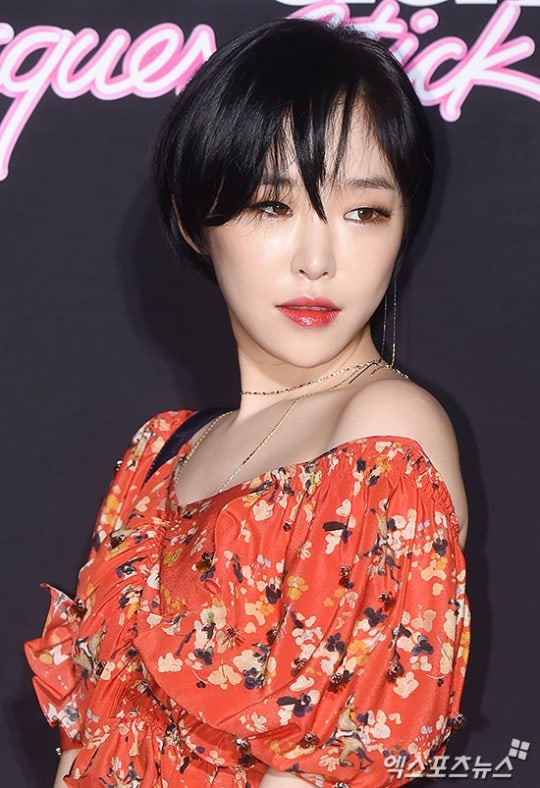 On June 4, Ga In uploaded a series of Instagram posts confessing that her boyfriend Joo Ji Hoon‘s friend offered her marijuana and clarified that she did not give in to the temptation.

The caption reads, “As you all may know, I’m the girlfriend of a previous junkie (Of course, as far as I know, he has received all appropriate punishment and now lives diligently). But even if I’m Joo Ji Hoon’s girlfriend, [Park Jung Wook shouldn’t have done this]. His friend Park Jung Wook offered me marijuana. Yes, I almost gave in, since I wasn’t in the right mental state. But I’ve been clean all my life, and I won’t do marijuana until it becomes legal. [I don’t need marijuana], I’m already injecting legal morphine. If you’re butthurt, smoke [marijuana] and go to jail, or be really ill and take morphine. You’re a dead man if you recommend me to do marijuana.”

The text message conversation in the screenshot is as follows:

“P: I told you I was only trying to find a way to make you feel better.

“G: You wanted to make me feel better so you offered me weed? And you’re saying that’s all a joke?

“P: I was trying any sort of method to make you feel better.”

“I don’t need to shoot ads. I don’t care about my image. I have enough money for me to use and eat until I die. I’m going to voluntarily take a drug test every three months.”

Meanwhile, Ga In previously also posted a series of updates on her Instagram shutting down haters for spreading rumors about her hospitalization.

Brown Eyed Girls
Ga In
XPN
How does this article make you feel?