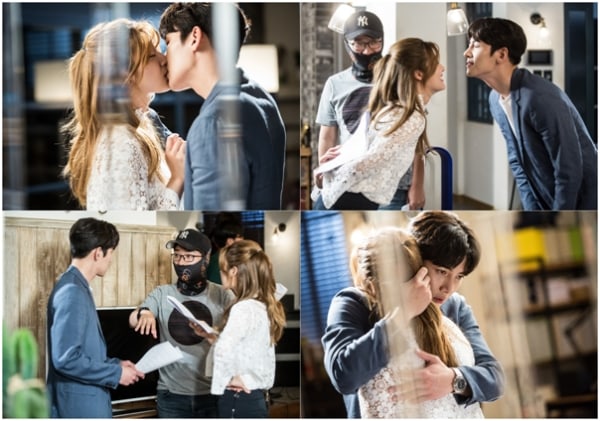 In Episode 16, broadcast on June 1, Bong Hee (Nam Ji Hyun) headed to the park at a call from Chan Ho (Jin Joo Hyung) and is belatedly followed by Ji Wook (Ji Chang Wook). After being scolded for her actions, they returned to her house. There, Ji Wook apologized and held her close, followed by the kiss. Uniquely, the kiss scene has received attention for featuring no background music.

During the filming for the scene, Ji Chang Wook and Nam Ji Hyun created both a romantic and a comic atmosphere in turns. The scene was filmed at the end of May at a set in Ilsan, with both actors checking their lines and expressions carefully before shooting. They rehearsed with director Park Seon Ho and occasionally played around with “mock” kiss scenes.

However, when the scene started shooting in earnest, both actors were focused on the task at hand, with reportedly the whole set holding their breath to stay as quiet as possible for the “soundless” scene.