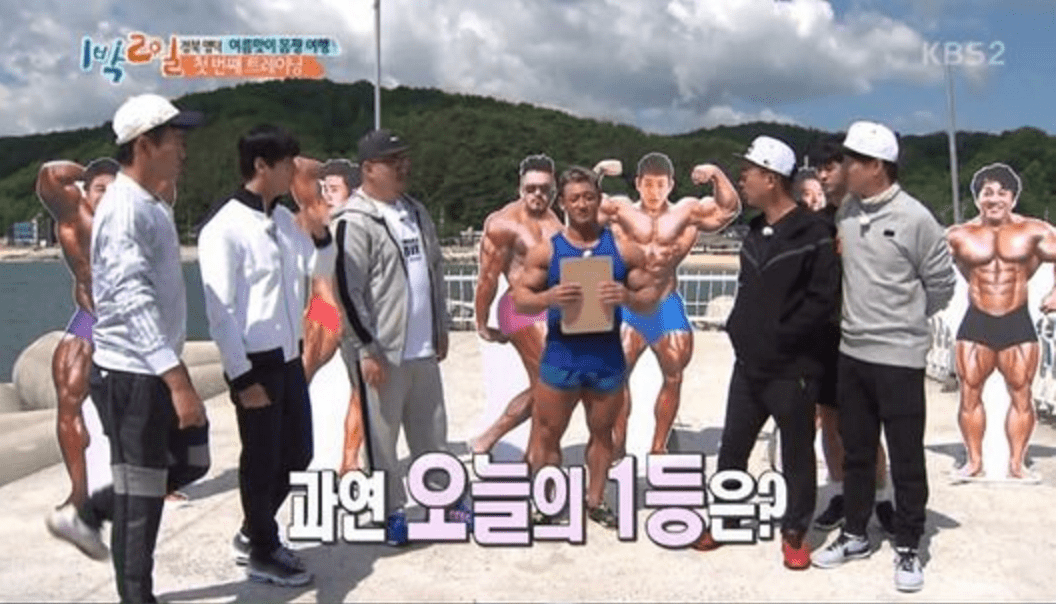 As befitting the start of summer, the June 4 episode of “2 Days & 1 Night” featured the cast competing to see who had the best body.

At the beginning of the episode, the bodybuilder Kim Jun Ho (not to be confused with the cast member of the same name) was announced to be the cast’s first trainer. Kim Jun Ho then measured the body fat of all the members to see who had the healthiest physique. 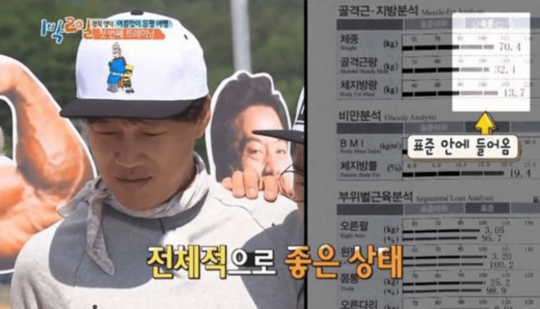 He picked Cha Tae Hyun as the winner, saying, “Even though he’s in his 40s, his body is like someone in their early 20s. All of his measurements are inside the average.”

Second place was Kim Jong Min. “He has good skeletal muscle mass,” the bodybuilder explained. “Like Cha Tae Hyun, he must have taken care of his body on a regular basis.” 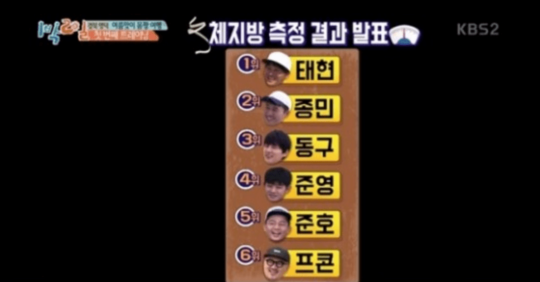 The members then competed in a variety of missions, including who could hold a squat the longest, who could do the most pushups, and who could win a round of wrestling. Other trainers that appeared on the episode included the twin judo athletes, Jo Jun Hyun and Jo Jun Ho.

Watch the episode on Viki below!