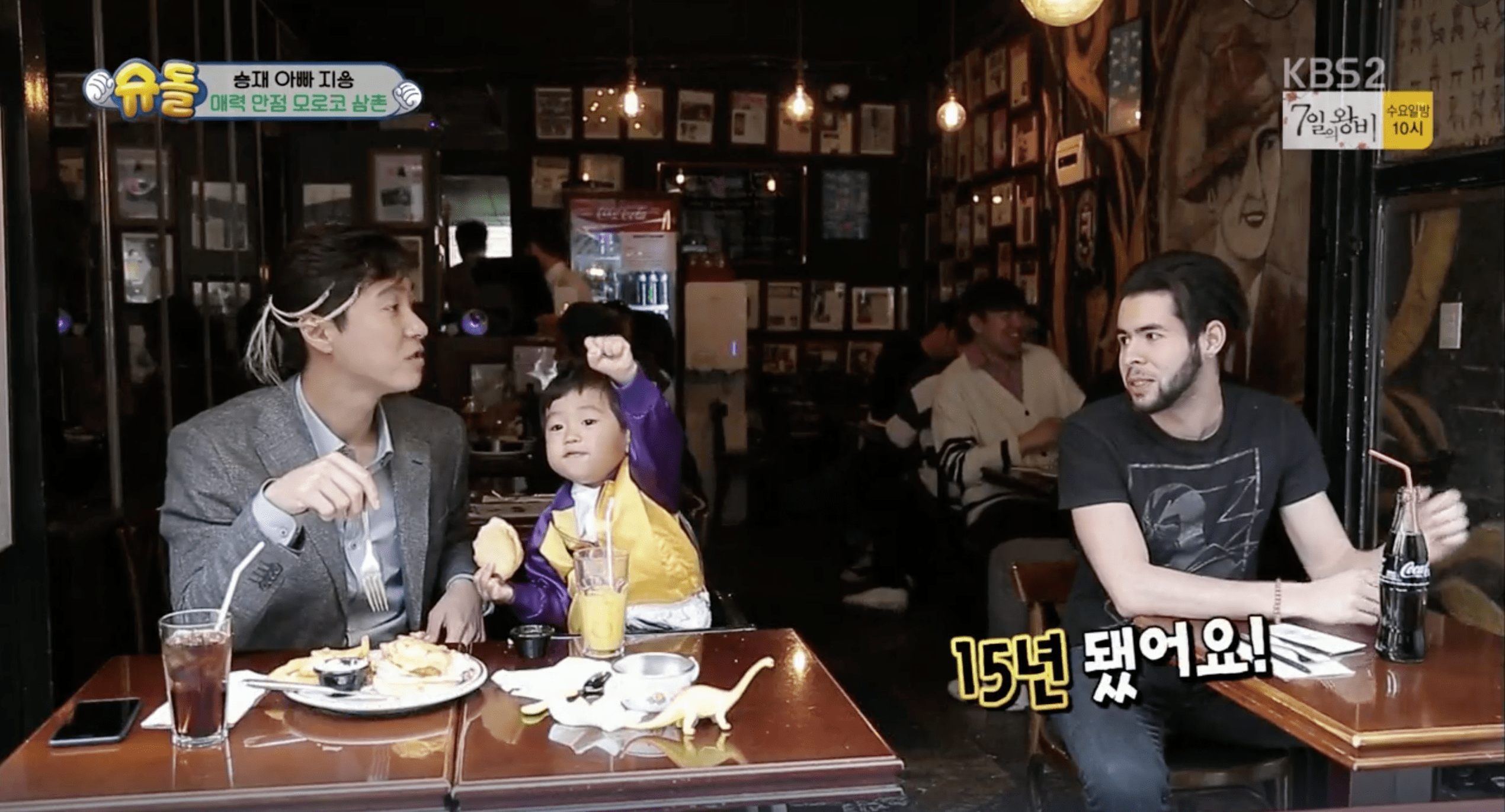 On the June 4 episode of “The Return of Superman,” Seungjae and his father, Go Ji Yong, visited the streets of Itaewon.

Itaewon is a trendy neighborhood in Seoul, usually known for being frequented by tourists from other countries. While searching for a restaurant recommended by Sam Hammington, Go Ji Yong and Seungjae ended up in a hair salon. 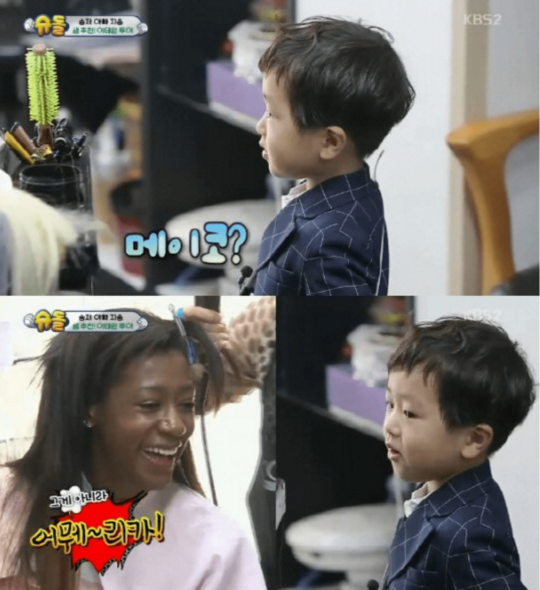 There, Seungjae met a young woman from the United States and asked her where she was from. Although he had trouble pronouncing “America,” his cute pronunciation had everyone in the salon smiling. Meanwhile, Go Ji Yong tried an interesting new hairstyle on the young woman’s recommendation.

Later, at the hamburger restaurant, Seungjae attempted to speak English with the customer next to them, who turned out to be from Morocco but a resident of Korea for 15 years. Although Seungjae worked hard to speak English, Go Ji Yong quickly gave up and turned to speaking Korean.

You can watch the episode on Viki below!