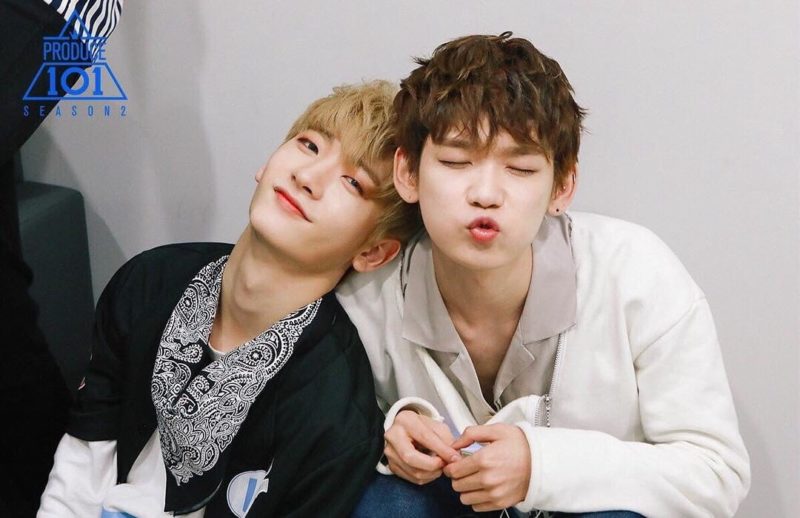 As “Produce 101 Season 2” is slowly approaching its final broadcast date, it’s getting harder for fans to send off their favorite trainees. The contestants have been feeling this just as much as the fans, as they’ve been getting closer to one another as time passes by! It’s great to see these talented trainees making friends and finding support in one another even though they’re all competing against each other.

These are just a few of our favorite friendships (in no particular order) that have blossomed during the survival series and melted our hearts. 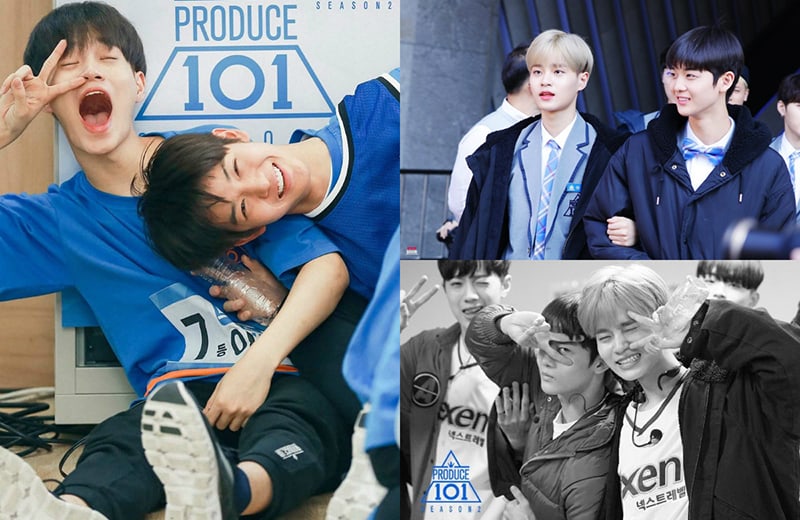 Lee Dae Hwi has managed to get to know many of the trainees during his time on the show, and Bae Jin Young is no exception! Everyone knows that Lee Dae Hwi has a bright and bubbly personality, and it has been fun to watch Bae Jin Young come out of his shell as the show continues to progress. The two can be spotted laughing and talking together on many occasions.

Even if they are on teams that are competing against each other, these two wish the other the best! 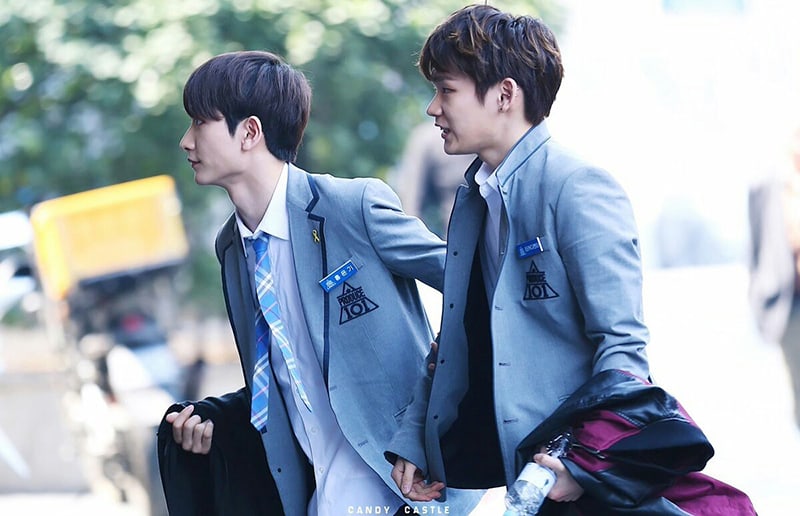 Takada Kenta is Japanese, but he doesn’t let the fact that he is a foreigner stop him from making friends! He and Hong Eun Ki, an incredible dancer, were inseparable when they were both still on the show.

Sadly, Hong Eun Ki was eventually eliminated. But Takada Kenta still encouraged him to follow his dream as soon as he had the chance.

The two of them took a moment to say goodbye as soon as they finished filming the elimination broadcast.

While their friendship looks like it had a sad ending at first glance, they haven’t allowed the eliminations to put an end to their closeness. Hong Eun Ki has posted a video of himself at one of Takada Kenta’s subway advertisements, wishing him the best. The two of them have also been spotted hanging out together numerous times! 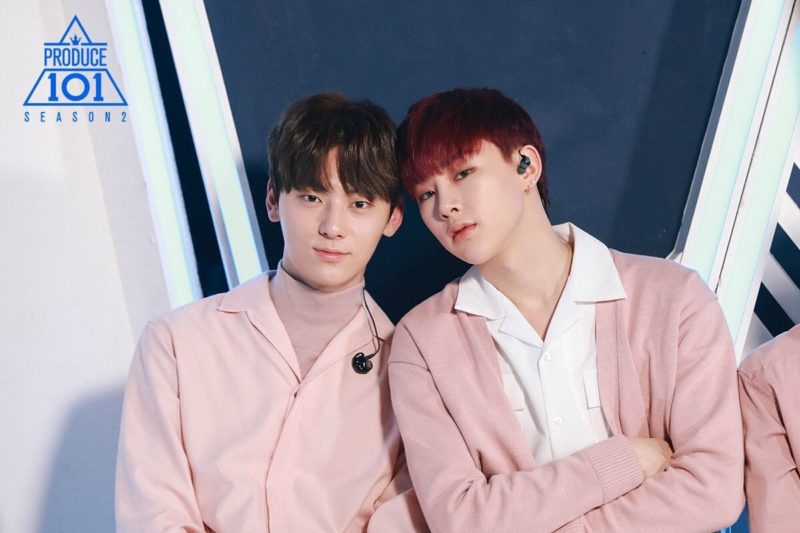 These two tall visuals have a fun series of interactions that almost seems like a mentorship relationship. NU’EST has an exceptional amount of music experience compared to most of the other contestants, and all of the members can be spotted helping the other contestants around them. Hwang Minhyun is no exception, and along with Yoon Ji Sung and Kim Jong Hyun, he quickly found himself also looking out for Kwon Hyun Bin.

Hwang Minhyun may have teasingly reminded Kwon Hyun Bin to focus on practicing rather than on his appearance, but we have to admit these two are fatally attractive! (Featuring an also ridiculously handsome Kang Daniel~) 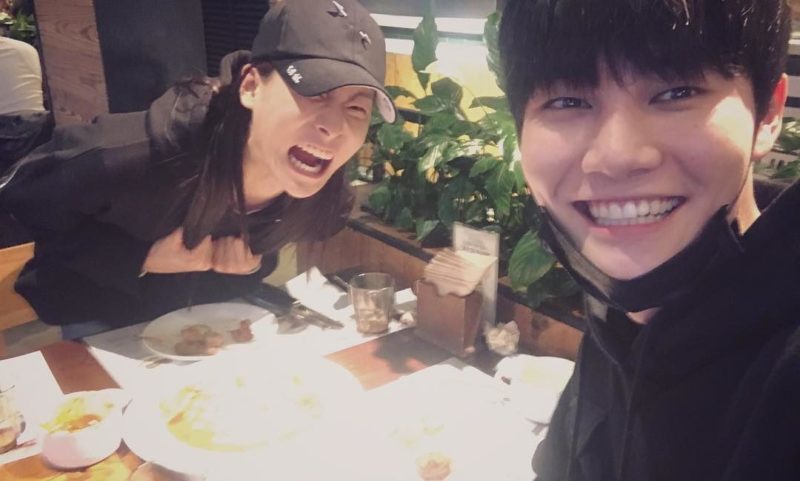 Jang Moon Bok and Seong Hyun Woo are another pair of friends that got separated due to elimination. However, these two rappers still meet outside of the show. It is also impossible to ignore the obvious chemistry these two had when they performed together!

When the brutal eliminations were over, Jang Moon Bok got to Seong Hyun Woo as fast as he could.

Seong Hyun Woo came to support his friend and found himself crying when Jang Moon Bok remembered to include him in his emotional lyrics! 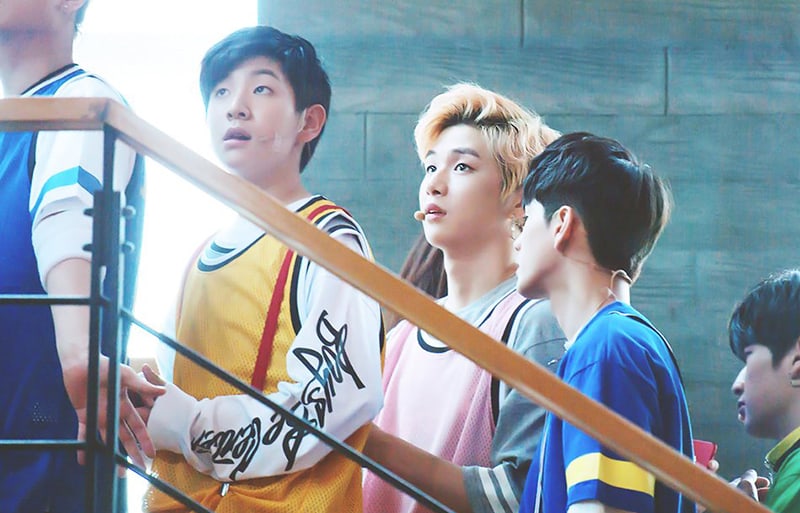 Lee Woo Jin has the irresistible charms of being the youngest of all of the trainees. Almost all of the older trainees look after him, but Kang Daniel especially likes him. He didn’t hesitate to hug him and wish his dongsaeng the best when the two first met on assessment day!

While they’re quite a few years apart, it doesn’t stop them from enjoying each other’s company. In the earlier episodes, Kang Daniel also helped him practice, and they both moved up from rank B to rank A at the same time.

Does anybody else think that Kang Daniel looks after Lee Woo Jin like he would a little brother? 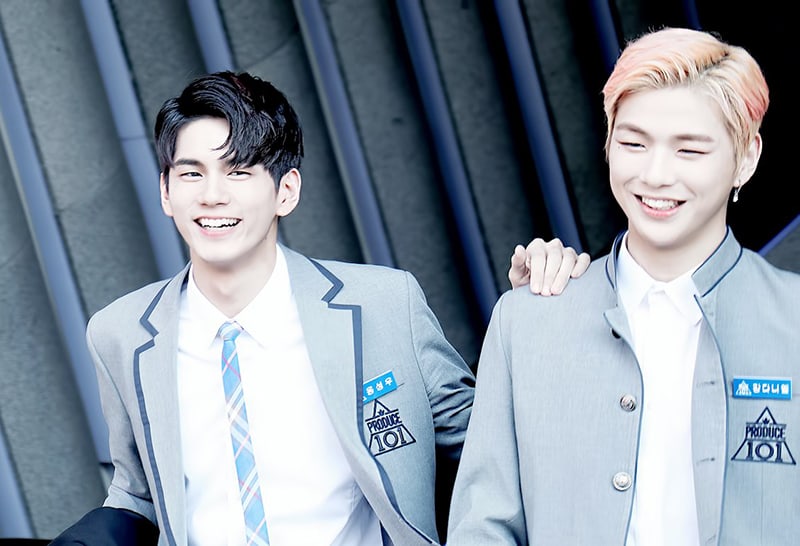 When Kang Daniel moved up to the A rank group, he quickly became close with Ong Sung Woo as well. Ong Sung Woo might look very handsome and intense, but he has quite the fun personality. This allows him to get to know a lot of the other boys, and fans absolutely love watching him and Kang Daniel interact.

After the “Get Ugly” performance, everyone got scared when it was time to find out the scores, and it was adorable when the two mentally prepared themselves by holding hands!

Fans cannot help but laugh at their amusing behavior every time the two of them are seen together. Other contestants stopped to talk to fans and give out autographs when they visited their advertisements, but Ong Sung Woo and Kang Daniel immediately ran off after they were done. These two adorkable boys were probably worried about the safety of the small crowd, but that doesn’t make their pics-and-run any less entertaining! 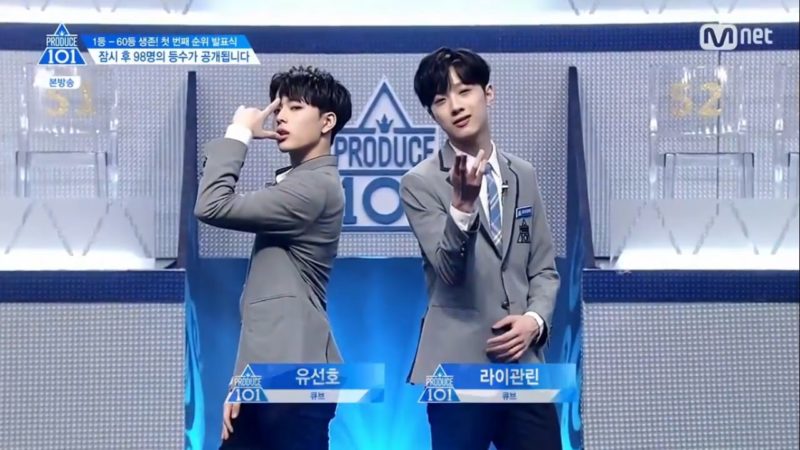 The two handsome visuals from Cube Entertainment appear to be a match made in heaven. Their good relationship can most likely be contributed to the fact that they have been training together at the same company, but this doesn’t make their interactions any less fun to watch! Yoo Seon Ho is the youngest of the two, but it doesn’t inhibit him from calling Lai Guan Lin a superstar and embarrassing him on national television.

If friends cannot embarrass one another in public then what else are they good for?

Yoo Seon Ho also teased him when he declared himself as being Lai Guan Lin’s rival in rap!

He may show telltale signs of becoming an evil maknae in the future, but at the end of the day, Yoo Seon Ho still looks out for Lai Guan Lin. Fans have spotted the two of them out in public together and Lai Guan Lin asking him for translations or explanations on multiple occasions.

If their relationship wasn’t perfect enough already, then it was made complete when they revealed their own dance cover of “Trouble Maker” by HyunA and Hyunseung!

Here’s to wishing a few of these bromances make it into the final lineup; and that the others stay close as they pursue their dreams!

Check out the latest results of the third round of eliminations here. You can compare these final rankings to Soompi’s International Producers’ choices here.

Which “Produce 101 Season 2” friendship is your absolute favorite? Let us know in the comments below!