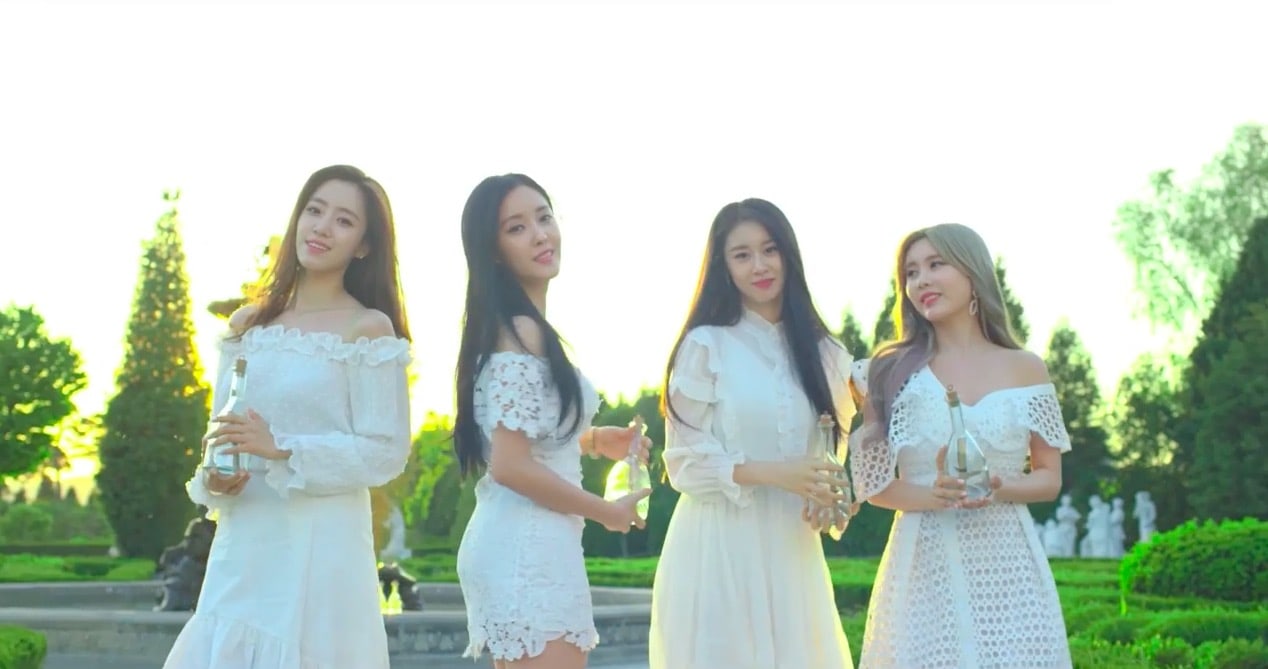 Watch: T-ara Shares Glimpse At Comeback With Only 4 Members In “What’s My Name?” MV Teasers

T-ara has released a look at their first return as a four-member group that may get fans a little emotional!

On June 5, the group released a teaser video for their upcoming music video entitled “What’s My Name?”. The teaser is divided to give fans a glimpse of both the Korean and Chinese versions of the MV.

The Korean version features the current four members looking stunning in white dresses, while carrying bottles with rolled-up messages inside. At one point in the teaser, the members each pick up their bottles from the edge of a fountain. However, two empty bottles remain, which appear to signify members Boram and Soyeon who are no longer with the group.

Similarly, in the Chinese teaser, six pencils that are lined up on a desk are suddenly rearranged with only four remaining.

Watch the teasers in the video below!