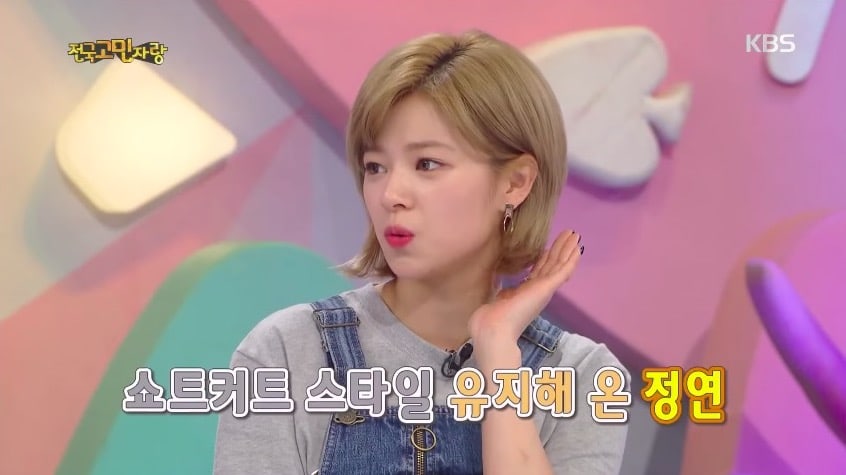 TWICE member Jeongyeon has said that she has been worried about her hair lately because of fan reactions.

Jeongyeon and her fellow member Dahyun appeared on June 5’s episode of “Hello Counselor,” where they were asked if they had any current personal worries they’d like to share.

“I’ve had short hair since our debut,” said Jeongyeon. “I’m finally growing it out now, but there are some fans who say ‘Short hair is better [on you].'” 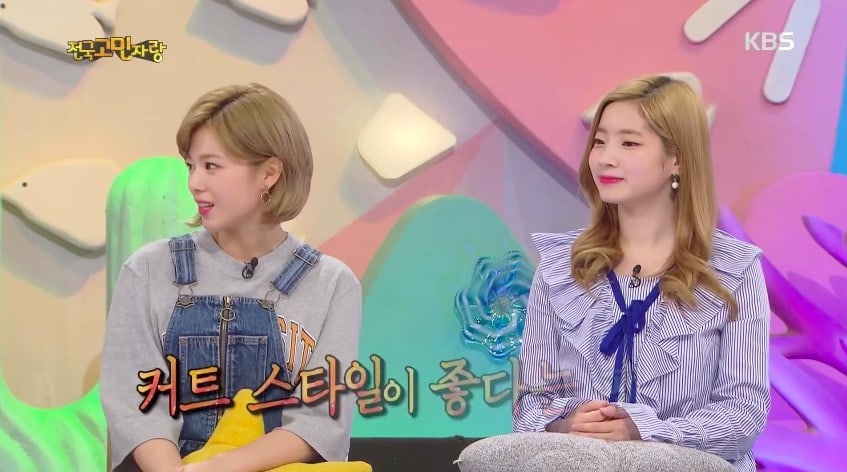 A host pointed out that fans may say that because her hair is currently in the middle between short and long, and Jeongyeon replied that she worries whether she should cut it again or not.

When asked about her own worry, Dahyun replied, “I’m twenty years old, and I worry about what I should do to become a good, mature adult.” 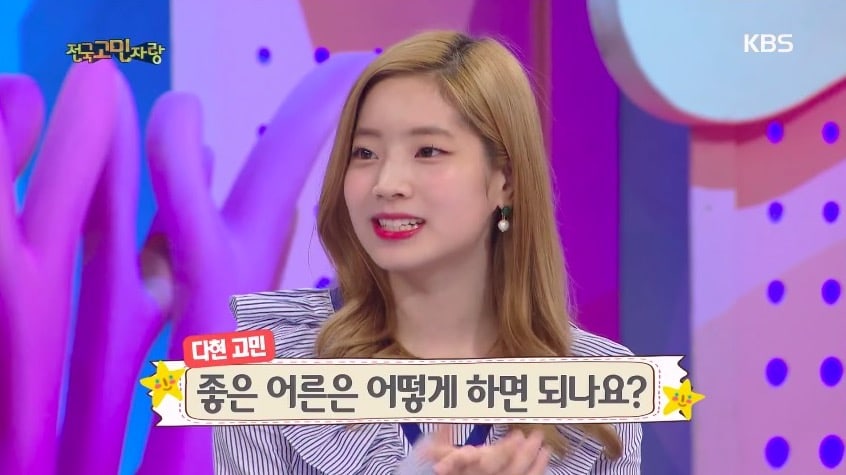 TWICE recently wrapped up their music show promotions for their hit track “Signal,” which was released on May 15.

TWICE
Hello Counselor
Dahyun
Jeongyeon
How does this article make you feel?