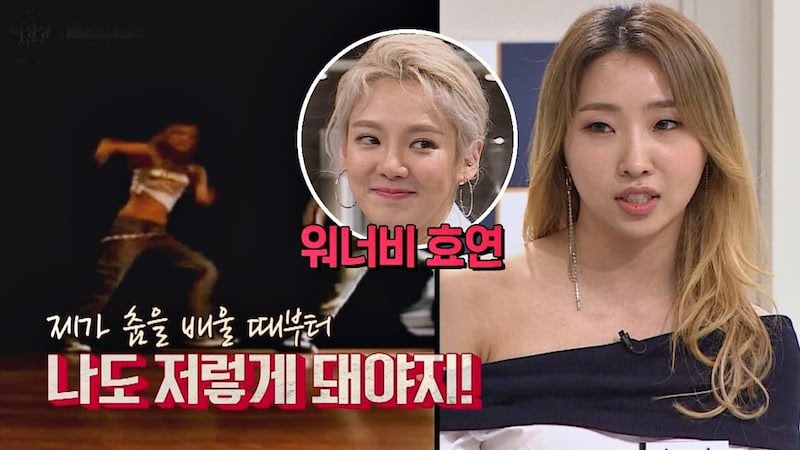 These two dancing divas have nothing but the utmost respect for one another!

On the June 5 episode of JTBC’s “Abnormal Summit,” Girls’ Generation’s Hyoyeon and Gong Minzy made a welcomed guest appearance.

During the program, the idols were asked if there were parts they acknowledged about the other person. They explained that “of course, [they] end up noticing each other.”

“Recently, I saw her freestyle dancing, and I felt that she’s kept on practicing this whole time without stopping,” Hyoyeon said. “If you don’t repetitively practice, it’s hard to freestyle. Impromptu things like that would be difficult, but [Minzy] is able to dance hip-hop on the spot.” 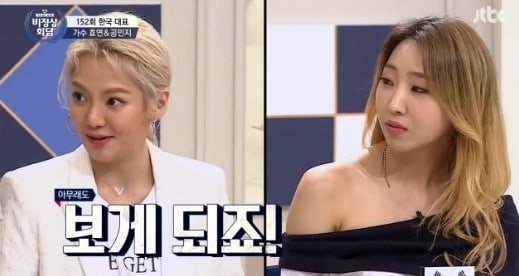 Gong Minzy revealed, “Hyoyeon’s dance video were all the rage originally before I entered YG Entertainment [as a trainee]. When I started to learn how to dance, I would think ‘I have to become someone like that’ while watching her videos. She is someone who became my motivation.”

Throughout the rest of the episode, the two guests brought their knowledge to the table as they and the rest of the panelists debated the topic, “Is it abnormal to think that dance should be considered an art form?”

Girls' Generation
Abnormal Summit
Hyoyeon
Minzy
How does this article make you feel?