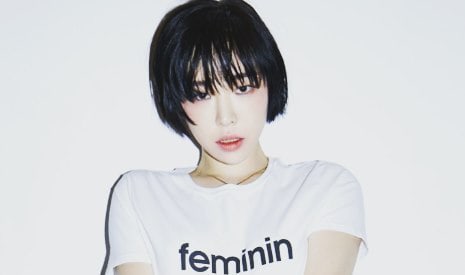 Brown Eyed Girls’ Ga In may be called in by the police to testify against her boyfriend Joo Ji Hoon’s friend, who she previously named as someone who offered her marijuana.

On June 4, the singer uploaded a series of posts on Instagram confessing what had occurred, to mixed reactions, and clarified that she has never used marijuana.

Ga In personally addressed the possibility on June 5 with another Instagram post, although her response has changed from its original posting.

It first read, “While it is correct he invited me, since he says he has never done so. That is something he has to deal with himself. Why do I, who suffers from panic disorder, have to go all the way to the police? This is tiresome.”

The last part of her statement, beginning the question, has since changed to read, “I will go and be investigated by the police,” and implied she would comply in the case she was asked to testify.

However, a source from the police also clarified later on, “An internal investigation regarding Ga In’s disclosing post has begun. Since Ga In is not a suspect, she is not subject to an investigative summons.”