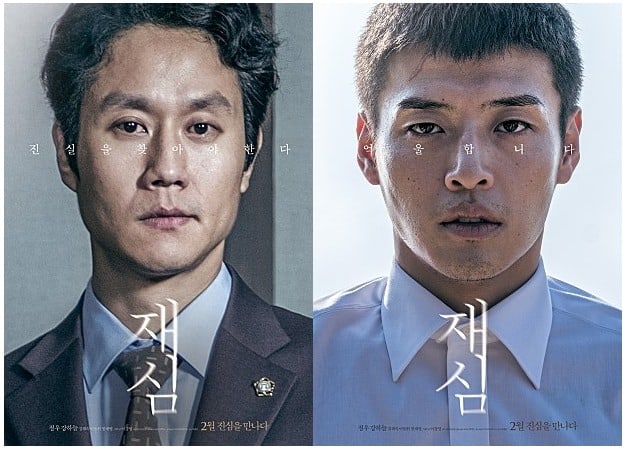 Appearing at the wrong place at the wrong time can sometimes lead to devastating consequences. When a fifteen-year-old boy becomes the sole witness of a murder, his life gets turned into a nightmare.

Starring Kang Ha Neul and Jung Woo, “New Trial” is a film based on the real incident of a young man who spent 10 years in prison after an abusive investigation for a crime he did not commit. The movie topped the South Korean box office on its opening weekend, attracting over one million viewers over five days. “New Trial” grossed over $7.3 million, accounting for 34 percent of the total weekend box office. 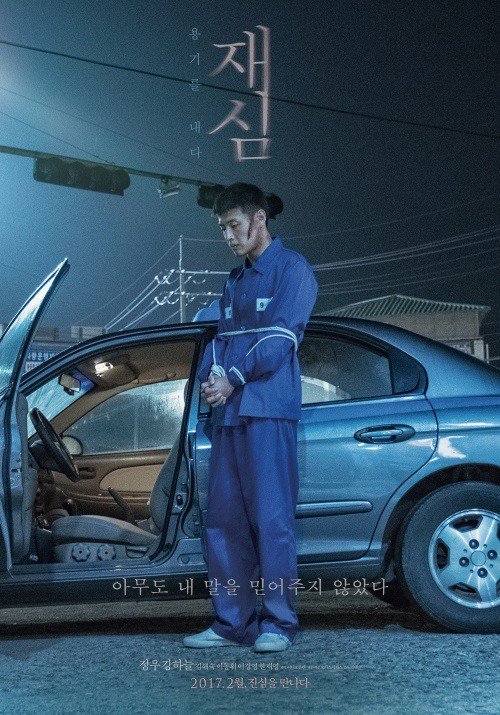 Hyun Woo (Kang Ha Neul) is an ordinary teenager working at a restaurant for pocket money. One night after work, as he is heading home, his motorbike slides and crashes into a stranger at Yakchon Junction. Not far from where he falls, a taxi cab’s door stands ajar with the driver dead. The stranger he crashed into is long gone. However, when the police arrive, they have no interest in finding the real killer, and beat Hyun Woo until he confesses to the murder. Hyun Woo spends the next 10 years of his life in prison for a crime he did not commit. 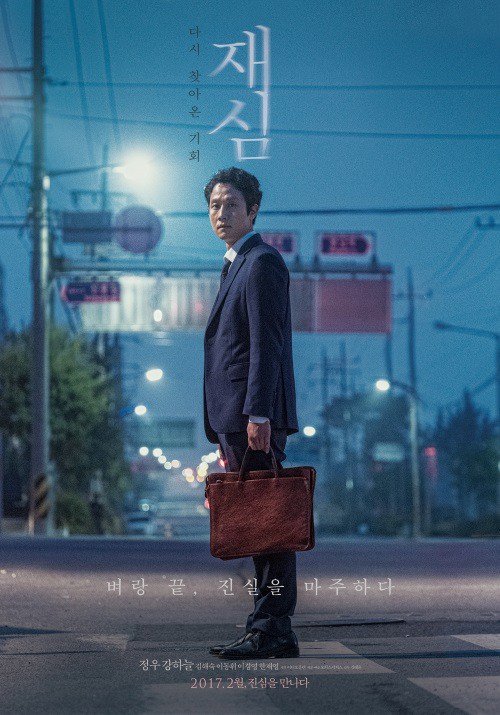 Joon Young (Jung Woo) is a washed-up lawyer who is more comfortable using his talented brain to fight for money rather than to defend justice. Having just gotten himself into the deep end of financial debt, he’s desperate to make an impression on the big boss of a prestigious law firm. When the pro bono work of Hyun Woo’s case falls into his lap, Joon Young jumps on the opportunity to advance his career. He couldn’t care less whether Hyun Woo is innocent or guilty, he is there to win — which is ironic because it’s also greed that drives the crime investigator into framing innocent Hyun Woo as the murderer in the first place. However, as Joon Young digs deeper and uncovers more shocking truths, he gets plunged into greater and greater mortal danger, and is promised enormous financial gain if he just looks the other way. As Hyun Woo’s last chance of clearing his name through lawful means falters, he takes justice into his own hands… 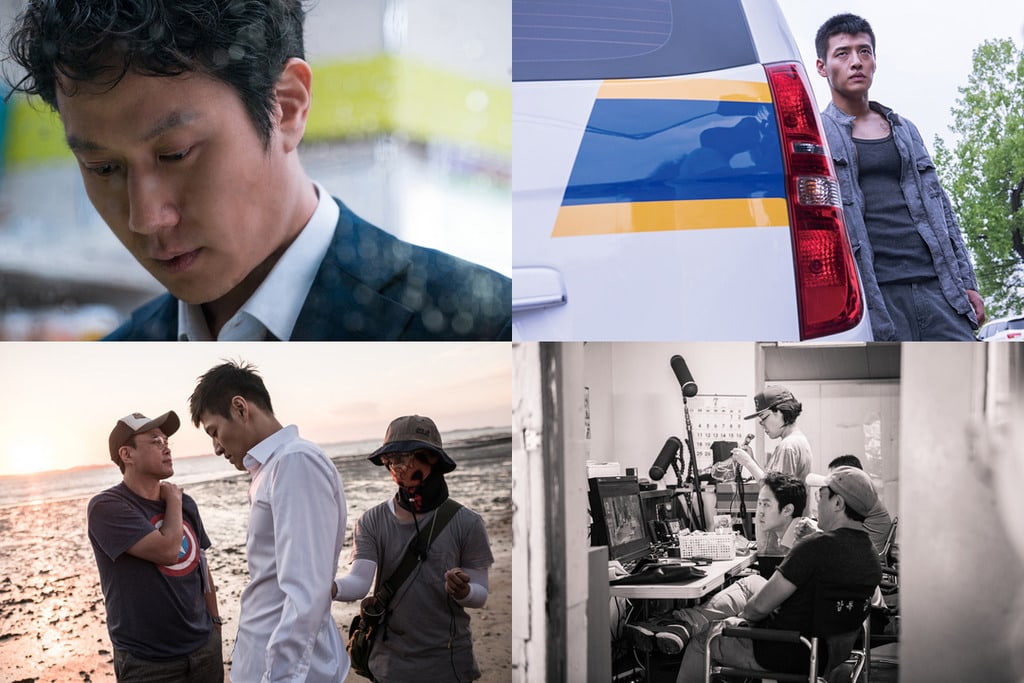 Originally, director Kim Tae Yoon didn’t want to make another investigative film after his previous work “Another Family” in 2013, which is about the legal battle between the Samsung Semiconductor and its employees who were diagnosed with leukemia caused by workplace conditions.

“I had a hard time casting actors and getting investments for my previous film, so I decided to shoot a commercial film next. People think I have much interest in social issues and I like making investigative films, but I was simply taken aback by this case and thought I could be brave one more time,” Kim Tae Yoon said in an interview with The Korea Times.

It was very brave of him indeed. The justice system, which carries the weight of the world on its shoulders, betrayed the people’s trust. Kim took a risk and exposed the seedy underbelly of law enforcement to the limelight. 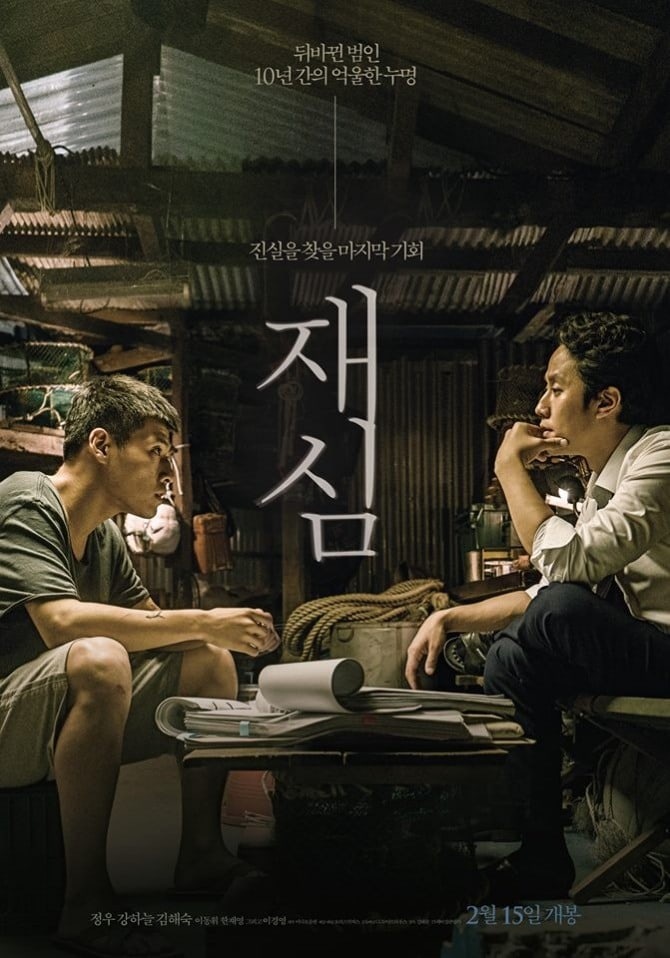 The real incident of the “Yakchon Junction murder” alone makes the movie a worthwhile watch, even though the artistic execution could’ve been more refined. In the two-hour narrative, “New Trial” dragged in a few places, and some of the bloody fight scenes were a bit hard to watch. However, the subtleties in a few key turning points were quite touching, like when Hyun Woo used his entire life savings to pay Joon Young his retainer fees. It may not be much, but it contained all of Hyun Woo’s hopes of ever clearing his name.

Some of my favorite parts of the movie were Joon Young’s shameless display of greed. To the horror of his colleagues and the approving glances of his boss, his money-first philosophy at law firm meetings were a welcome comedic break in a story that was already far too heavy with grief.

In the last scene, Hyun Woo’s new trial in the court room wasn’t shown to the audience. It didn’t need to be shown. The lawyer’s powerful opening statement brought tears to my eyes – it captured the essence of the story so perfectly. And it was satisfying to see even from box office results that the production team’s bravery didn’t go unnoticed.

If you haven’t seen it, click below to watch!

Check out more K-dramas and films to watch in Viki’s summer collection here!

Soompiers, have you seen “New Trial?” What did you like about the film?