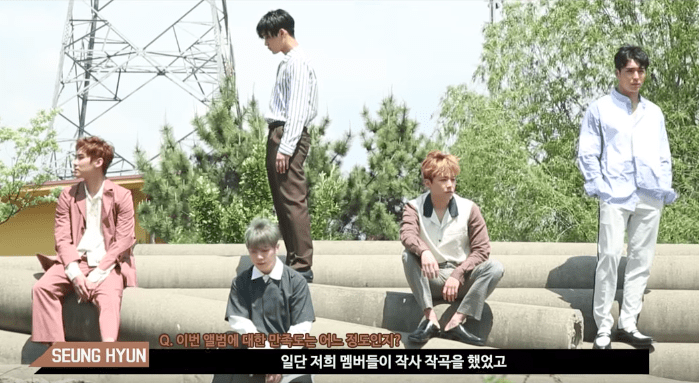 Watch: FTISLAND Reflects On Their Thoughts About Preparations For 10th Anniversary Release

As the days until their 10th anniversary—and the release of their new album—dwindles down, FTISLAND shared their thoughts on what it was like preparing such a special release in a featurette released on June 5.

The video shows a behind-the-scenes look at the music video that will be released on June 7, as well as the shoots that took place for their jacket photos.

In the very first shoot, the members reenacted a similar concept to their debut album, and Choi Jong Hoon commented how the memories of their first jacket photo shoot were still vivid in his mind.

As the scenes change in the video, one by one, the members expressed how much work went into their newest album, since it’s in honor of their 10th anniversary since their debut on June 7, 2007. Song Seung Hyun revealed how each scene in the upcoming music video is meaningful, and the video in its entirety took at least two days of filming.

As with their last two albums, this album is completely self-composed and features self-written lyrics by the FTISLAND members themselves, and is “a reflection of how the members are currently feeling.”

The members also took a moment to guess where they would be 10 years from now, and all of them agreed that they would most likely still be pursing music together, well into the future.

“Since we debuted at a young age, I think there is still a lot we can learn,” explained Lee Jae Jin, while Lee Hong Ki commented, “I think we would be a lot more comfortable, and keep performing. Our individual activities may become a focus, but I think we will be a FTISLAND that makes music together regardless. And we will probably be more matured in our music, while maintaining our youthful [spirit].”

Check out a sneak peek of the band’s music video for their title track “Wind” below, shown throughout the featurette!

As previously mentioned, FTISLAND will be dropping their newest album on June 7, and have already released a couple of music video teasers as well as teaser photos. In the meantime, listen to their pre-release track “Love Sick,” which is a remake of their debut song, and see their reactions to their old selves!