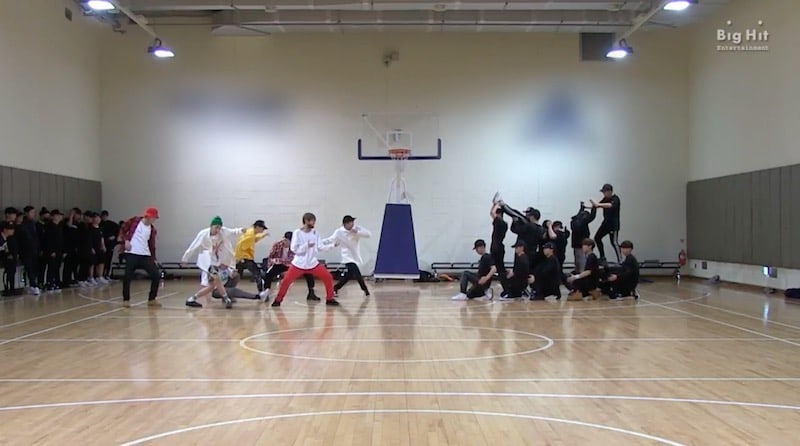 BTS has now released a dance practice video for their track “Not Today”!

As part of the group’s debut anniversary celebrations entitled “2017 BTS Festa,” BTS gifted fans with this new video on June 7 at midnight KST. In the video, the guys put their all into performing the hard-hitting choreography from “Not Today” off their latest album “You Never Walk Alone” in a gymnasium, which may have been the only space large enough!

Meanwhile, the music video for “Not Today” (which was released on February 20) has already reached over 99 million views.

“2017 BTS Festa” is leading up to BTS’s fourth anniversary on June 13, when they’ll be holding a special event entitled “Home Party” with their fans. As they count down to the big day, BTS has also uploaded an opening ceremony skit, a photo collection of meaningful moments, Jungkook and Jimin’s new cover of “We Don’t Talk Anymore,” a self-filmed video of a performance of “Wings” from their recent concert tour, and fun and insightful handwritten profiles.