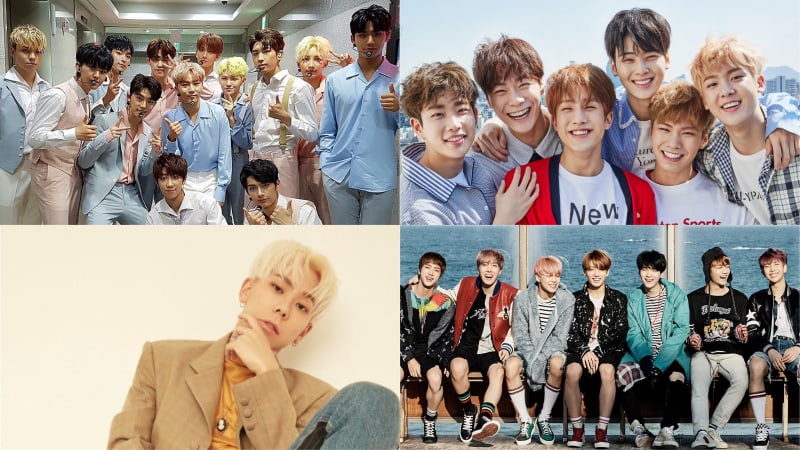 On June 7 KST, Billboard released its charts for the week of June 17. Its weekly World Albums chart features SEVENTEEN’s fourth mini album “Al1” maintaining a high ranking at No. 4, which is particularly impressive considering it made its debut on the chart at No. 2 last week!

ASTRO’s fourth mini album “Dream Part. 01” has made its first appearance on the World Albums chart at No. 6 after being released on May 29.

Coming in at No. 7 on the chart is AOMG rapper Loco’s first full album “Bleached” (featuring Dean, Crush, Cha Cha Malone, and more).

BTS continues to rise up the World Albums chart again after their recent historic Billboard Music Awards win, taking the No. 8 spot with their repackaged album “You Never Walk Alone” after it returned to the chart at No. 12 last week. The album was previously at No. 1 following its release in February, and has spent a total of 12 weeks on the chart overall. Meanwhile, the group remains at No. 1 on the Social 50 chart.

Congrats to all the artists!

ASTRO
BTS
SEVENTEEN
Loco
How does this article make you feel?