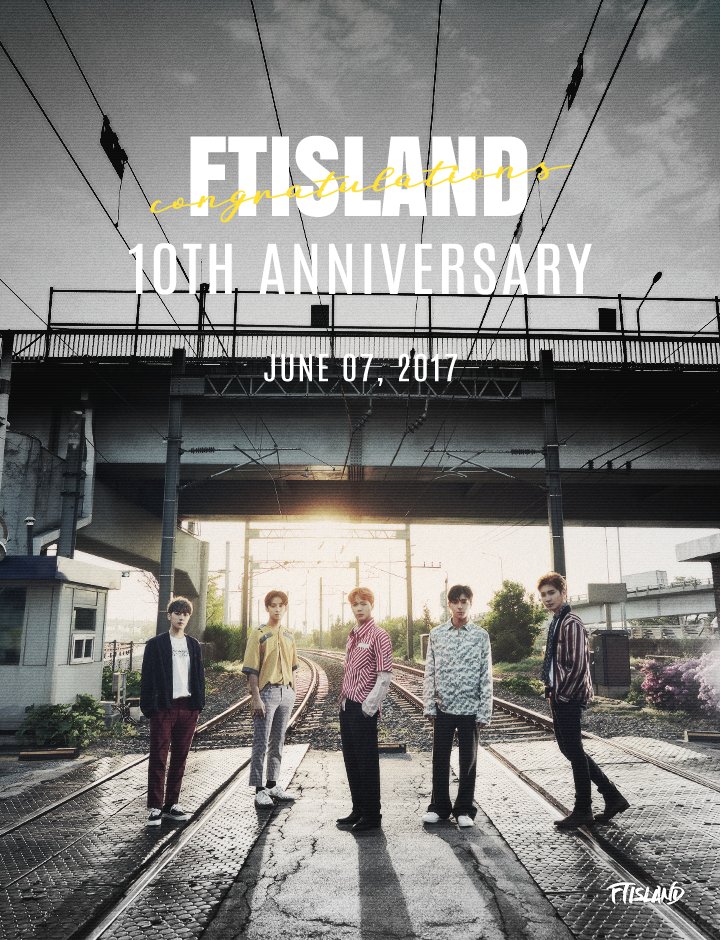 FTISLAND is celebrating their 10-year anniversary!

The members also celebrated their 10th anniversary and expressed thanks to the fans as they each posted on their Instagram accounts.

Lee Hong Ki posted a picture of their newest release “Wind” with the caption,” #Start. Please listen to it a lot.”

Lee Jae Jin posted a picture with a caption that said, “Primadonnas, thank you for always supporting the FTISLAND members.”

Minhwan uploaded an adorable video of his dog, with a post that said, “6/7 I’m so thankful for everyone and I love you all. Fighting!! I’m getting sleepy…bye.”

Song Seung Hyun posted a longer message on his Instagram, saying, “FTISLAND’s 10th anniversary. It’s really hard to be active for this long as a band, and I think we should take pride in that! I came in two years later, so for me it’s eight years, but I feel just as grateful and happy as my members who have been active for 10 years. I want to live my life as a member [of this band] for a long time. It might be really hard and tiring as we start our album promotions but we’re going to try harder together. I love Primadonnas, who always believe in us and give us strength. They are like our family.”

It must be tough, it must be hard, 10 years is not a short time. Thankyou for keep smiling for us ? #FT아일랜드데뷔10주년 #FTISLAND10thAnniversary pic.twitter.com/C8xsHdZGBP

PROUD OF EVERYTHING FTISLAND HAVE ACHIEVED IN 10 YEARS #FTISLAND10thAnniversary

I may not have been there from the beginning, but I promise you to be there until the end. #FTISLAND10thAnniversary #FTISLAND10주년축하해 ❤️ pic.twitter.com/0nbeKSG1o3

Congratulations on your 10th anniversary FTISLAND!

Check out their new MV for “Wind” below: