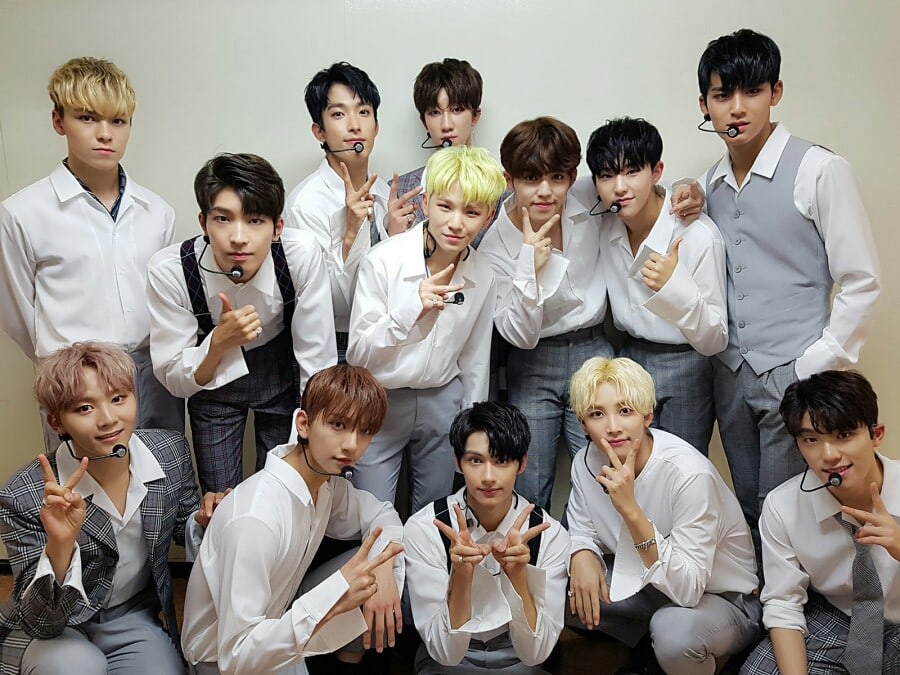 The MCs explained that due to the size of their radio booth, they could only invite six of the 13 members. When asked why they had been chosen as the six to appear on the show, the members laughed as they replied, “We decided that the most handsome members should come. All of the members are pretty confident about their looks, so everyone was volunteering to come here.”

They also said, “The other members are preparing for a broadcasted show we’ll be on after this,” while Joshua added, “I was able to join this group of six by a hair’s breadth. The first person chosen was Joshua. He’s definitely the most handsome [of the group].” 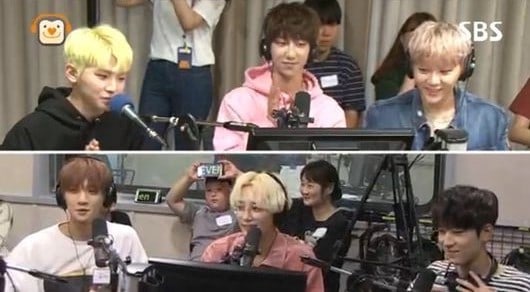 SEVENTEEN has recently been winning at various music shows, and the members were asked how their agency’s CEO has been reacting. They said, “He’s really happy. He hugs us and gives us words of encouragement. He even takes us out for dinner at bbq restaurants.” This led to the story that SEVENTEEN once ate 80 portions of grilled meat when they won their first rookie award. The members clarified, “It wasn’t just us members, we were joined by our staff as well. When we made our debut, our goal was to win an award for best rookie group. We did just that and our CEO was really happy.”

The members also opened up about how hectic life is in their dorms with so many members. Asked how all 13 of them take showers in one house, they explained, “We have three bathrooms. When we’re busy, two or three people will be in a bathroom at a time. In the beginning, we used to joke around and put shampoo bubbles on each other’s heads. But now that we’ve known each other for a while, we don’t do that anymore because we want to clean up quickly and go to bed.” 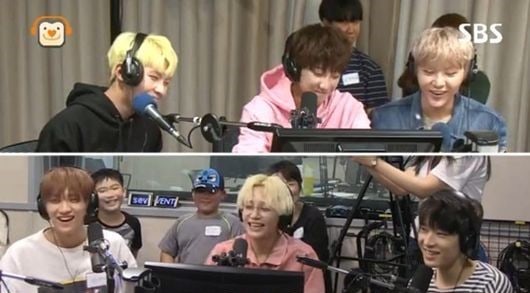 They also shared, “There have been times when we accidentally forgot a member on the way to a scheduled activity. We’d round up all the members but there would sometimes be a member who’s in the bathroom brushing his teeth or something. Our managers have a difficult job.”

When questioned whether they’ve ever fought while living together, SEVENTEEN revealed, “We’ve never had any big problems when working together, but we’ve fought from time to time about small things outside of work. We have a lot of difficulty when it comes to eating because our opinions on menu choices can differ greatly. We do try to all go to one restaurant together, sometimes we might split up and go to two different restaurants, but we try to stick together.”

The members also shared their secrets to a peaceful dorm life, including tips on getting everyone’s laundry done by doing it separately and making sure toothbrushes didn’t get mixed up.