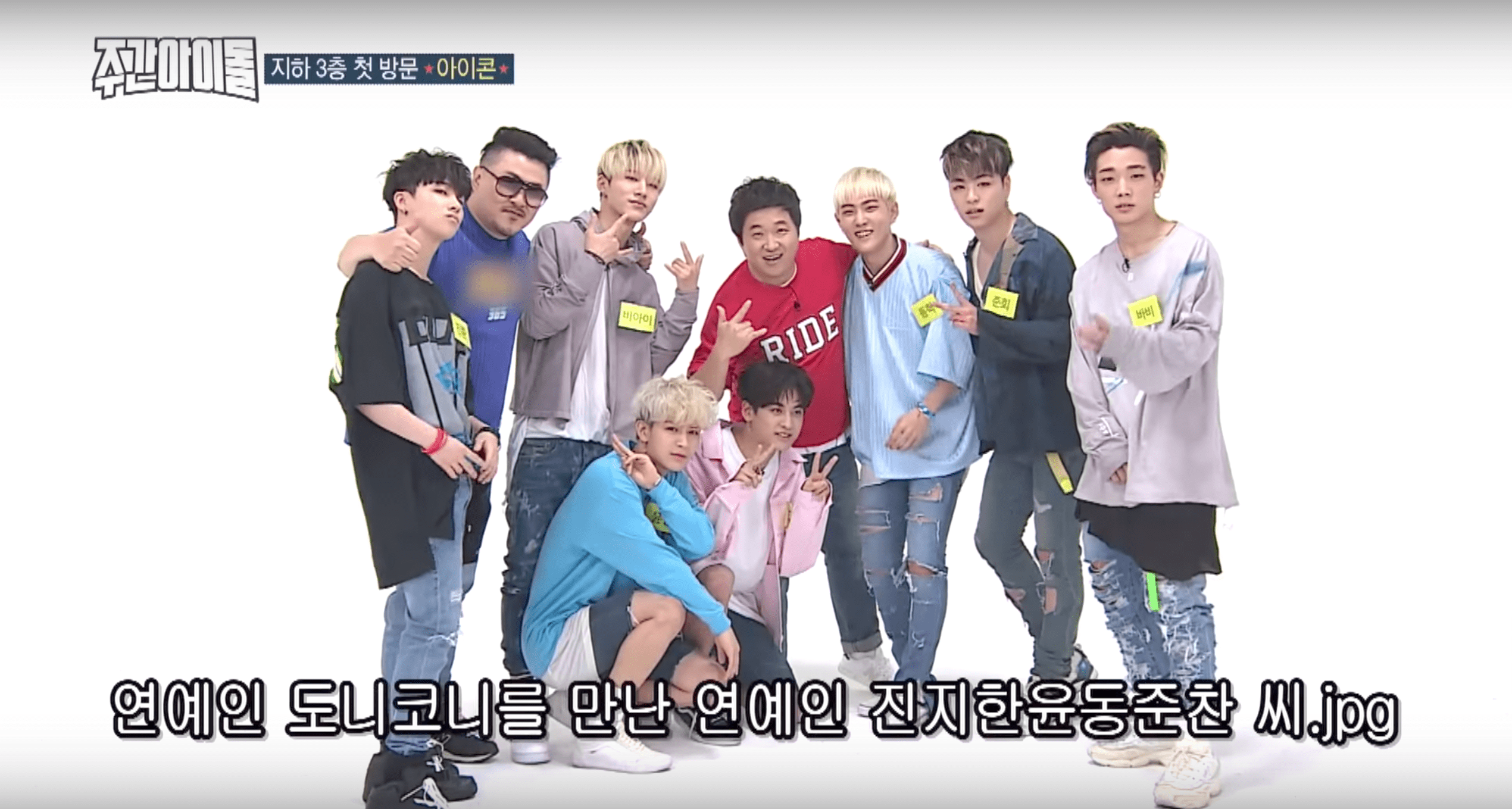 On June 7, iKON made their first appearance on the MBC every1 show “Weekly Idol,” which was also their first full group variety show appearance since their debut.

“Weekly Idol” had featured several other YG Entertainment labelmates in the past, from BIGBANG to Akdong Musician to BLACKPINK. However, when iKON made a noisy entrance followed up by a shy introduction, Jung Hyung Don commented, “iKON feels different. You guys don’t feel like you’re YG.”

The MCs added, “If you’re from YG, aren’t you supposed to be too swag to come on shows like this?” but iKON denied it strongly, saying, “No, we really wanted to come here. We have no swag. We are innocent.”

At the request of their fans, iKON then tried their hand at recreating their choreography for “Six Feet Seven Feet,” filming ‘boyfriend’ videos, a cappella singing, and the infamous Random Play Dance. In the “Rewriting Profile” section, B.I also surprisingly claimed that if he were a girl, he would want to debut as the tenth member of TWICE.

Watch some of their hilarious antics below!

iKON
Weekly Idol
How does this article make you feel?