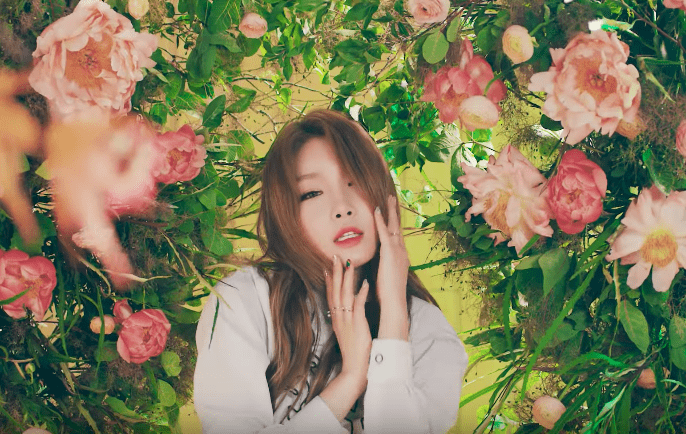 Kim Chungha Talks About Going Solo After I.O.I And Who Her Role Models Are

Kim Chungha, who debuted on June 7 with the solo album “Hands on Me,” recently sat down for an interview with MyDaily to talk about the new step in her career and her role models in the industry.

Without hesitation, she named Lee Hyori as her role model. “It might be too obvious, but I respect her so much,” she said. “I really wanted to go to her guest house and I wish I had applied. I thought only the members of the public could go but it turned out it was open to celebrities too. I feel so much regret at not even trying to apply.”

She added, “If I become successful, it would be an honor to meet her at an end-of-the-year awards ceremony or performance someday.”

About her solo career, she said, “I’m happy but there are times when I’m scared. Since I’m alone, I feel a lot of responsibility. I was half-excited, half-frightened. I prepared for this album for four months and released an OST and a pre-release track in that time.”

She continued, “I wouldn’t have existed without ‘Produce 101.’ I don’t think I would have been able to debut this quickly. I’m a solo artist now, but much later I think I will be able to debut as a girl group again too. ‘Produce 101’ was like my savior.”

She added, “My pre-release track ‘Week’ was about the emptiness I felt when my schedules decreased after the disbandment of I.O.I.”