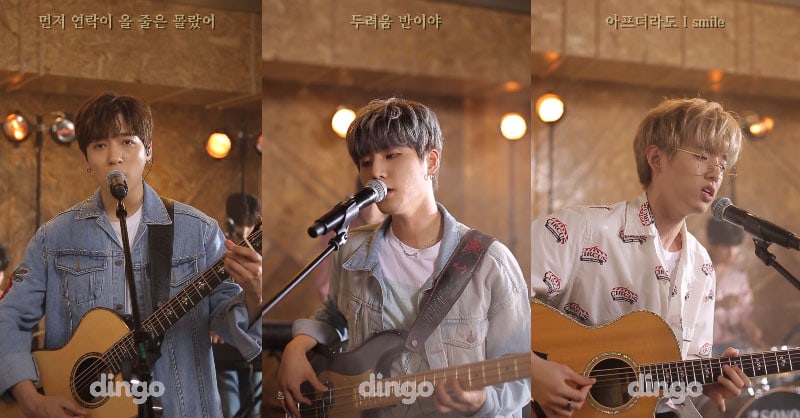 Watch: DAY6 Serenades With Tender Live Performance Of “I Smile”

Hot off the heels of the song’s release, DAY6 is back with a special live version of their new single, “I Smile.”

On June 7 at 6 p.m. KST, Dingo Music’s official YouTube channel uploaded the video as part of their “Vertical Live” music series. In the video, the boys are seen effortlessly in sync, the passion in their performance only amplifying the bittersweet element of the song.

“I Smile” is the title track of the group’s first studio album “Sunrise,” which was released a day prior on June 6. The album also features the title songs and b-sides of their monthly music project, updated versions of their previous singles “Surprise” and “Letting Go,” and more.

Check out the live version of “I Smile” below!