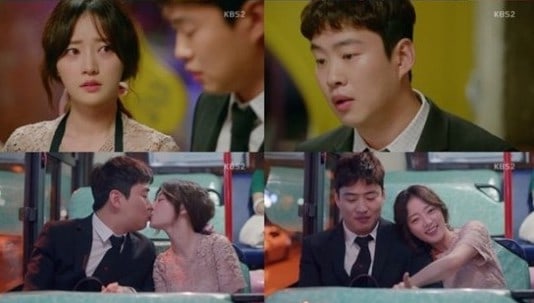 Even as Park Seo Joon and Kim Ji Won showcase the thrills of a romance just beginning on “Fight My Way,” Ahn Jae Hong and Song Ha Yoon have also garnered praise for their realistic portrayal of a 6-year relationship.

In the June 6 episode, Baek Sul Hee (Song Ha Yoon) went to Kim Joo Man (Ahn Jae Hong)’s nephew’s birthday party and viewers got a closer look at their longtime relationship. When asked by his older sister if he was going to marry Sul Hee, Joo Man said, “Well, I might not marry her. But if I don’t marry her, I won’t marry anyone else.” Even when new employee Jang Ye Jin (Pyo Ye Jin) invites him to have a drink with her, he makes various excuses to avoid going out with her.

In Episode 4, Joo Man wanted to buy Sul Hee a dress on their way home, but Sul Hee felt bad about spending her boyfriend’s hard-earned money. Eventually, the couple got into a fight as Joo Man felt both sorry and angry for not being able to look good in front of his girlfriend. Although the moment was heartfelt, it was also relatable for many couples going through a hard time.

The couple’s making up was also very realistic, as Joo Man apologized but also said a number of ridiculous things to bring up the mood. Sul Hee also defended Joo Man to his family, telling them, “If you think of him lightly, I won’t stay still.” The two of them also share natural skin-to-skin contact, with hand kisses and loving whispers. 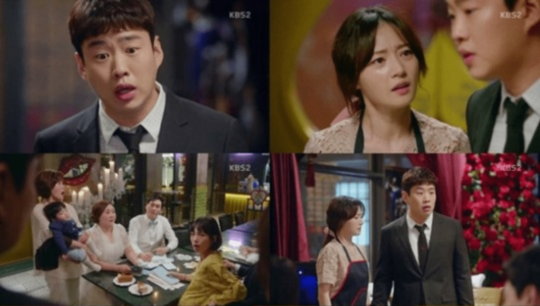 Finally, as it proved in Episode 6, their families are familiar with each other as well. They’ve already met each other’s parents and Sul Hee even goes to the birthday party to win points with her future mother-and-sisters-in-law and ends up running errands to please them.

Although at this point, many people around them expect there’s nothing left for the couple except to get married, viewers will have to tune in to see what happens to Ahn Jae Hong and Song Ha Yoon as the drama progresses.

Ahn Jae Hong
Song Ha Yoon
Fight My Way
How does this article make you feel?