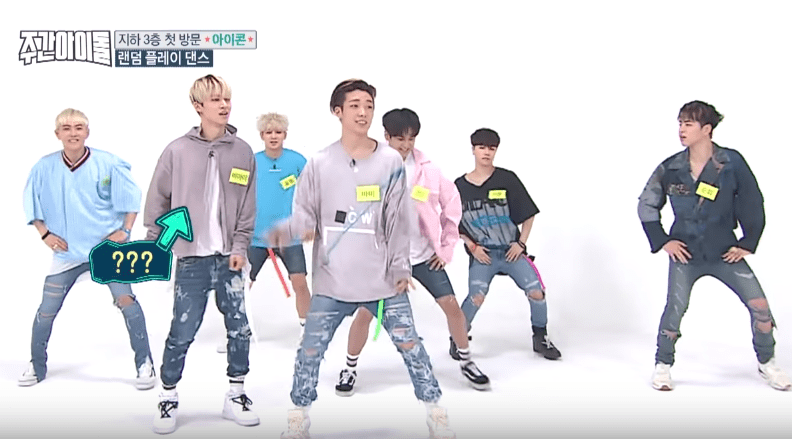 Watch: iKON Is Full Of Enthusiasm And Confusion In Their Very First Random Play Dance

iKON finally made an extremely long-awaited appearance as a group on MBC Every1’s “Weekly Idol,” and tried the show’s signature Random Dance Play section that seems to become almost every group’s Achilles Heel.

While they may have been looking forward to the game, things already started off on a shaky note as they seemed uncertain about their formations. Things started to slowly pick up speed, with most of the members catching on—keyword here being “most.” As the music kept changing, B.I looked increasingly confused, and often stood in position until another member “kindly” directed him (by physically moving him) to his spot.

After failing their first attempt thanks to their hilarious leader, iKON started off great, even jamming out to one of Bobby’s “Show Me the Money 3” tracks, until “Dumb and Dumber” came on and everything went out the window. One joking argument about who was wrong later, B.I went back to being a statue during their third attempt, only this time Junhoe joined him in his confusion.

Needless to say, iKON’s first Random Play Dance may not have been successful in terms of results, but it was definitely successful in its hilarity. Check out the full game below!

iKON
Variety
How does this article make you feel?