Things Only Fans Of INFINITE Will Know And Understand

When we’re talking about the lifespan of a K-pop group, it’s not surprising to hear the unfortunate phrase “seven-year jinx” get mentioned every once in a while. The term started popping up in the K-pop sphere after a lot of groups announced their disbandment either a little before or after reaching seven years of promotions — SISTAR, 4Minute, Wonder Girls, and 2NE1, to name a few.

But there’s one milestone that will hopefully break the vicious cycle: INFINITE reached their 7-year anniversary on June 9, and they are currently discussing contract renewals with Woollim. To celebrate the group’s 7th anniversary, here are the quirks and secrets of INFINITE that only fans of the group will get.

Let’s start with the maknae (youngest) of the group. He’s known as the little prince (but more oftentimes as princess), and around 2011, he made a cameo in a mini-series called “Tooniverse” with the now-famous Kim Yoo Jung. It was about a teenage girl who develops a crush on a blonde-haired guy who offers her lemon candy. Enter Sungjong, doing a hair flip, saying, “Hello little miss! We meet again! When you have a lot of thoughts, have a lemon candy!” He even says it with a smile and a wink. This line went down in history as one of Sungjong’s most cringe-worthy moments, which the group always teases him about. In variety shows, they would “torture” him by making him re-enact the scene, while the other members try their best with their own interpretations.

Sungyeol often brags about being the tallest member of the group. He even walked the runway for Seoul Fashion Week with L once, and he looked like he could fit right in with the other models. He was part of SM’s Acting Academy before, which explains why he started out having good acting skills and ease with the camera. In one of his first drama projects, “While You Were Sleeping,” he played a shy, dorky, and upright student, which earned him a lot of praise.

But behind his cool and handsome exterior… he is a “choding” (the Korean word for middle schooler) at heart.

He often makes the group laugh with his great sense of humor and crazy, childlike antics. One of his pastimes is bullying, teasing, and making fun of their managers (and Sungjong). But he’s pretty harmless. He knows when to turn off his mischievous “choding self” and be an all-around actor, model, singer, and variety host.

The two sides of L

L is the ultimate visual of the group. It’s obviously because of his steely eyes, handsome face, and his chic and elegant demeanor. Oftentimes he can be seen as cold and mysterious. This has earned him a lot of “cool city boy” roles in dramas, like when he played the bass player in “Shut Up! Flower Boy Band” or the intelligent, passionate lower-class citizen in the historical drama “Ruler: Master of the Mask.” He often plays the lead roles in INFINITE’s MVs as the broken-hearted guy or the guy who saves the girl. In short, he’s the ideal boyfriend anyone could ever dream of. 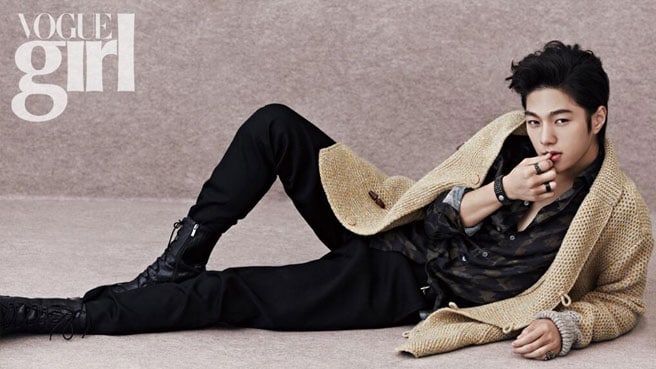 L keeps his cool while everyone else is goofing around.

But (there’s always a but!) “L” is actually just his alter-ego. In his real, human self, he is simply Myungsoo (his real name), a clumsy guy with a 4D personality who practically destroys every gadget or appliance he touches.

Woohyun is the king of hearts

Woohyun is the romantic and expert in fanservice, which is why he is sometimes called “Namgrease” (which originates from his name Nam Woohyun). He has probably invented or done every single heart gesture known to the K-pop fandom. Perhaps even before the “finger heart” became popular, he was throwing his own version of hearts to everyone no matter where he went. 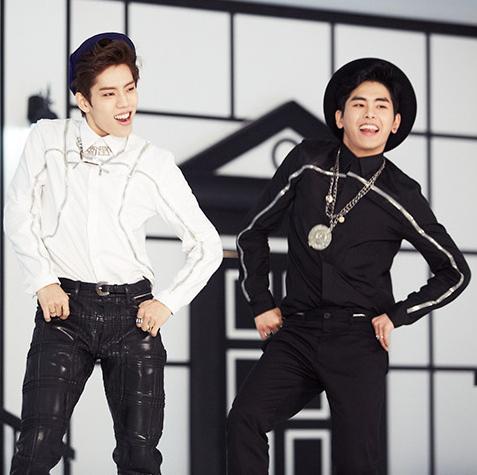 Sunggyu is a grandpa

Being the leader and the oldest, Sunggyu is sometimes called “Grandpa Gyu” because he’s always tired of life.

He may be a bit slow when it comes to doing sporty things or always whine about the other members, but as a leader, he gets the job done. His vocals are one of the best in K-pop because he has his own unique style that transcends different music genres.

Every INFINITE dance has a main point

Well, almost all K-pop dances have highlights, but leave it to INFINITE to make a dance move viral. They’re known for being completely synchronized.

Who can forget the classic “scorpion” dance in “BTD”?

The ultimate confession “Be Mine” dance raised their popularity over the clouds.

They have a lot of creative and amazing dance choreographies, but perhaps the most unforgettable is “Paradise.” No one was prepared for all that sexy hip thrusting.

Inspirits had a mini heart attack when it was announced that Woollim Entertainment had a merger with SM C&C, which meant INFINITE was going to be a part of SM Entertainment’s roster of artists. It was a milestone for INFINITE because when they started, they seemed to have come out of nowhere. At the time of the merger, Woollim had great artists like Nell and Epik High (who later moved to YG), and their music was distinct and not mainstream. So when it was made official that they were going to be part of one of the biggest music companies in Korea, fans had mixed feelings. Will their music be different? Will they still be the same cool yet dorky group?

They turned out fine, perhaps with a few changes in style and promotions. Then in March 2016, SM C&C actually re-established Woollim to handle its music content business.

But regardless of all the changes, wherever they are, they will always stay the same INFINITE we all know and love. 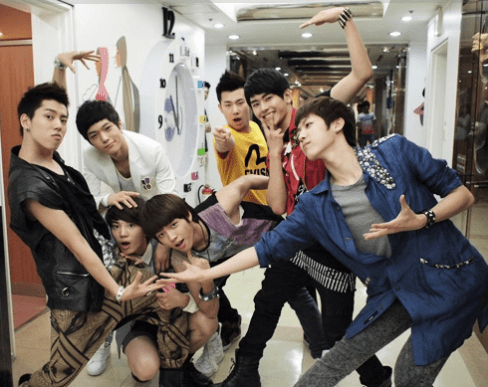 Happy 7th anniversary INFINITE! Hope you stay as one group for many years to come!