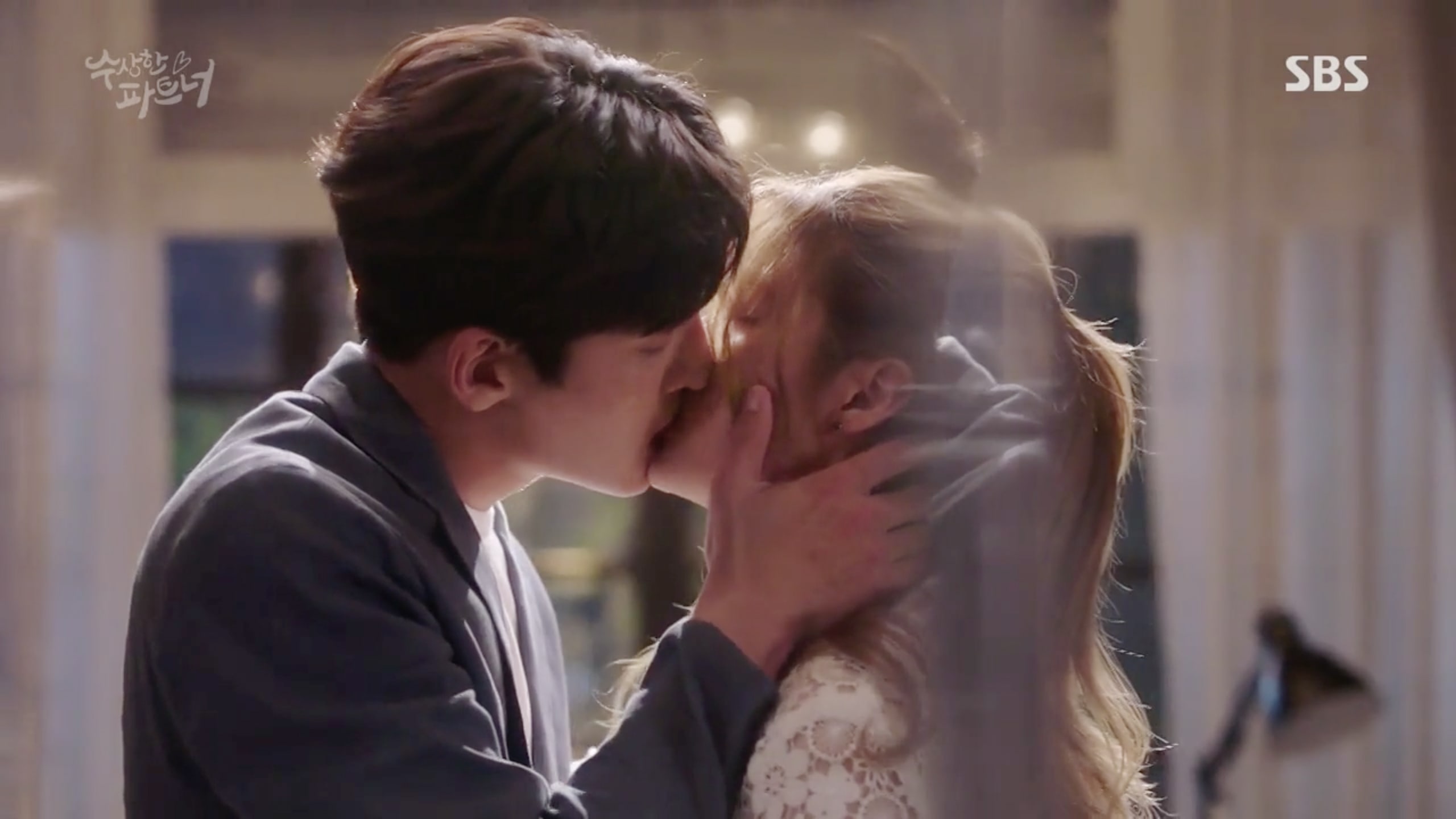 Earlier today, SBS released a behind-the-scenes video of the two co-stars as they filmed the heart-fluttering kiss scene. In the video, viewers can see Ji Chang Wook and Nam Ji Hyun cracking jokes on set while planning out the kiss scene with their director; however, as soon as they begin rehearsing for the scene, the two actors try to downplay their embarrassment as they hold tightly onto each others’ hands.

Plus, SBS released another video that captures the behind-the-scenes moments of the bar scene as well as the scene in which Nam Ji Hyun’s character unties Ji Chang Wook’s character’s tie.