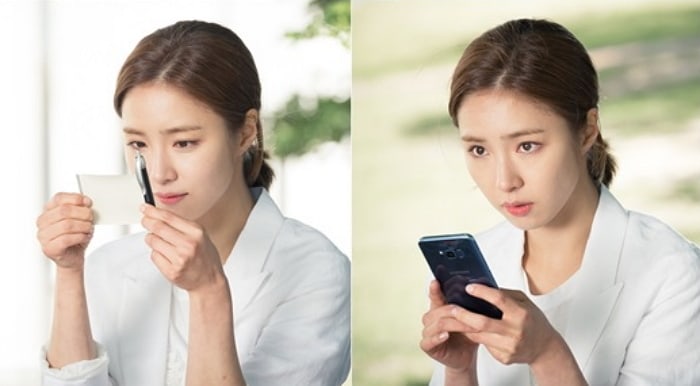 On June 8, the production team for the upcoming tvN drama offered fans a closer look at the actress’s character, Yoon So Ah. 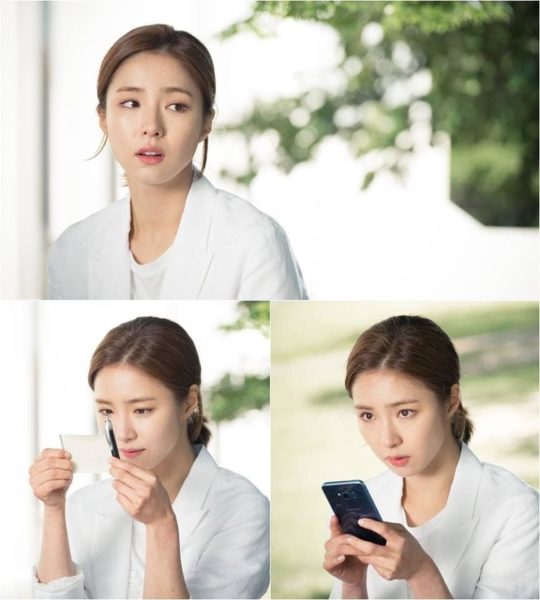 In the images, the actress takes on a more sophisticated look, sporting a cropped bob and tailored white clothing as a psychiatrist who is battling debt while running her private practice. In the drama, the doctor is unwillingly forced into servitude by water god Ha Baek, played by Nam Joo Hyuk.

“Bride of the Water God” will begin broadcasting on July 3.