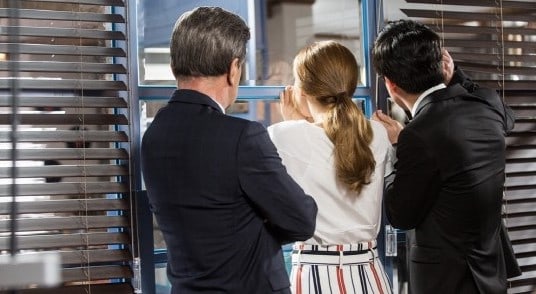 Whatever’s going on between Ji Chang Wook and Choi Tae Joon on “Suspicious Partner,” the other characters are intensely curious about it!

In the new stills, released on June 8 from the SBS drama, Nam Ji Hyun, Lee Duk Hwa, and Jang Hyuk Jin peep into the office where Choi Tae Joon and Ji Chang Wook are facing off.

Although Eun Hyuk (Choi Tae Joon) is normally the moodmaker character, he looks deadly serious in the new stills, even possibly angry at Ji Wook (Ji Chang Wook), whom he normally tries to get along with (admittedly to varying degrees of success). 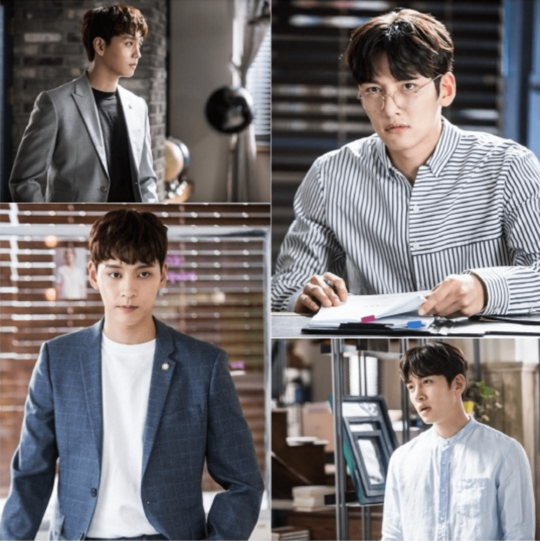 According to the production staff, Eun Hyuk will take on a new case in Episodes 19 and 20. He briefed the others at the firm about the case, but Ji Wook smells something fishy and opposes him.

The staff stated, “Ji Wook and Eun Hyuk will have a clash of opinions over the two responsibilities of a lawyer: the need for truth and the need for confidentiality. To see what kind of case they’ve received and how they’re going to solve it, please tune in to the upcoming episode.”