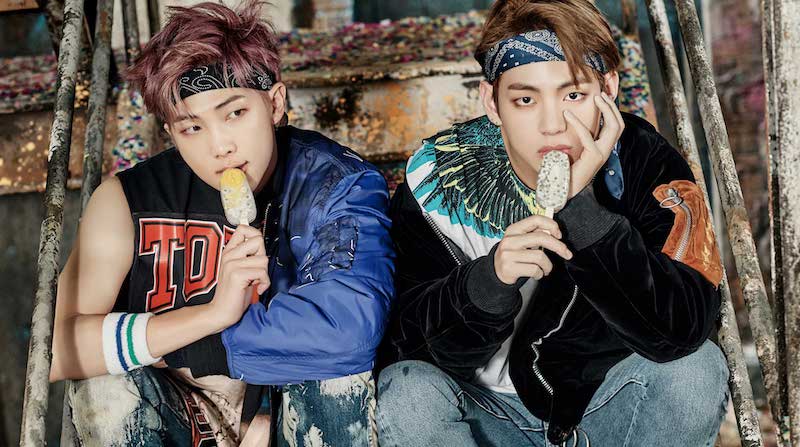 BTS’s V and Rap Monster have shared a special gift for fans for “2017 BTS Festa”!

On June 9 at midnight KST, the pair released the track “4 O’Clock” as part of the group’s fourth anniversary celebrations, with Rap Monster and V co-producing the gorgeous track. V provides the vocals for most of the song with Rap Monster rapping (naturally!), but fans will be delighted to hear Rap Monster singing as well.

This is only the latest in two weeks of gifts from BTS to their fans as they count down to their fourth anniversary on June 13. They most recently shared a dance practice video for their track “I Like It Part 2” yesterday, and there’s still more to come over the next week! Check out their schedule here to see what else BTS has planned.

BTS
Rap Monster
V
How does this article make you feel?