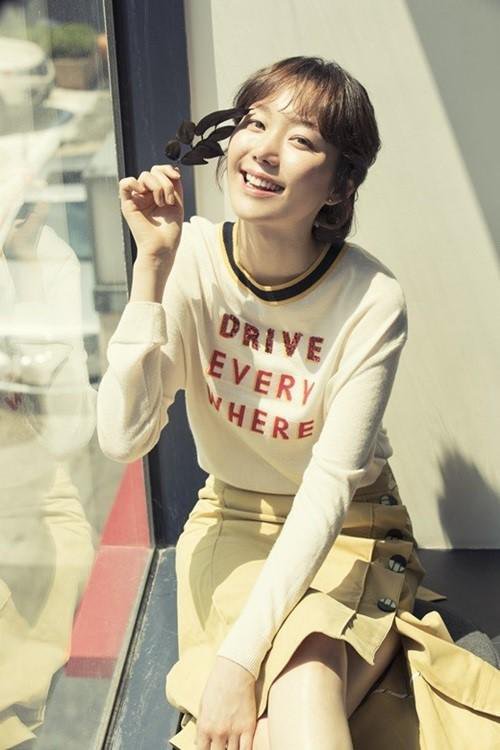 Actress Lee Yoo Young recently sat down for an interview after the completion of her OCN drama “Tunnel.”

When asked about her boyfriend and fellow actor Kim Joo Hyuk’s reaction to the hit drama, she said, “He watched it and said he liked it.”

She added, “He gives me a lot of good advice. But when I was filming the drama, we were both really busy so there wasn’t a lot of time to get help. I think [our acting] is a part of our lives we have to figure out on our own.”

Lee Yoo Young and Kim Joo Hyuk, who have a 17-year age gap, confirmed their relationship late last year. When asked about the difficulties of dating publicly, she said, “People are more aware of these things than before. I think the times are changing a little. We wanted to be careful because more people would be looking at us, but we thought it would be better to be confident instead of trying to hide.”

Lee Yoo Young is also close friends with actress Kim Go Eun and they are both enrolled at Korea National University of Arts. “Go Eun is my senior when it comes to acting,” Lee Yoo Young said. “She debuted first and started working first, so I get advice from her. She tells me that you have to be on alert all the time for dramas. There is no room to breathe. We sometimes talk about how we want to play each other’s characters.”