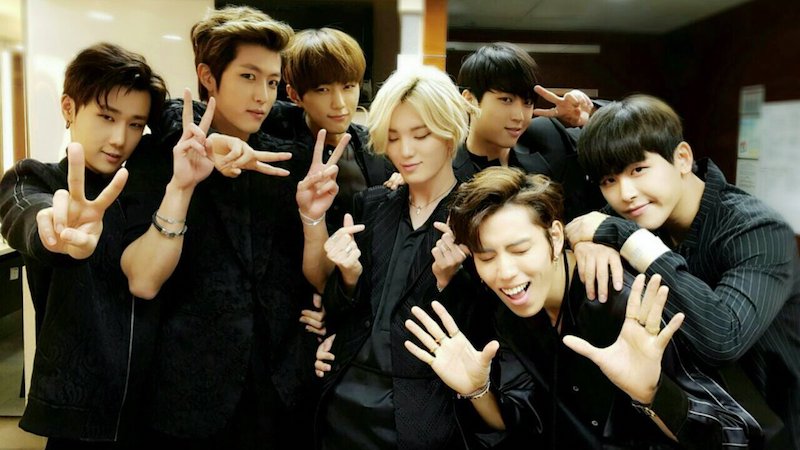 Since their debut on June 9 of 2010, INFINITE has become famous for their legendary hits and jaw-dropping (and yet always in-sync) choreography. The seven-member group has released several mini albums, singles, and albums over the years, including releases by their sub-units, and also supported each other as they pursue a variety of solo projects including acting and music releases. They most recently made a group comeback with their hit song “The Eye” off their sixth mini album “Infinite Only” last September.

Nam Woo Hyun wrote on his personal Twitter shortly after midnight KST, “Thank you to my heart, my muse, my happiness, INFINITE and INSPIRIT, who have been together with me for seven years. It’s not a happy ending, it’s never ending.”

Meanwhile, fans have taken to Twitter to celebrate seven years with INFINITE, with so many people tweeting that “INFINITE” in Korean was even trending worldwide at No. 7 as of 12:30 a.m. KST.

In addition to looking back at INFINITE’s past seven years and expressing their love and support, fans have also shared news of the donation projects they’ve undertaken for the group’s anniversary.

Growing up with you was probably the best decision i've ever made ??? #인피니트 #7YearsWithINFINITE #언제나영원히_인피니트

I really love how they are being clingy to each other while taking a group photo because 7 – 1 = 0#7YearsWithINFINITE pic.twitter.com/KWM1v0LlpP

Thank you for everything and please stay together for a long time. #7YearsWithINFINITE pic.twitter.com/s6A7ZBpOnG

Sungjong has also now posted a message to fans! He writes on Instagram, “INSPIRIT. Thank you for our seventh anniversary. Let’s always be together.”