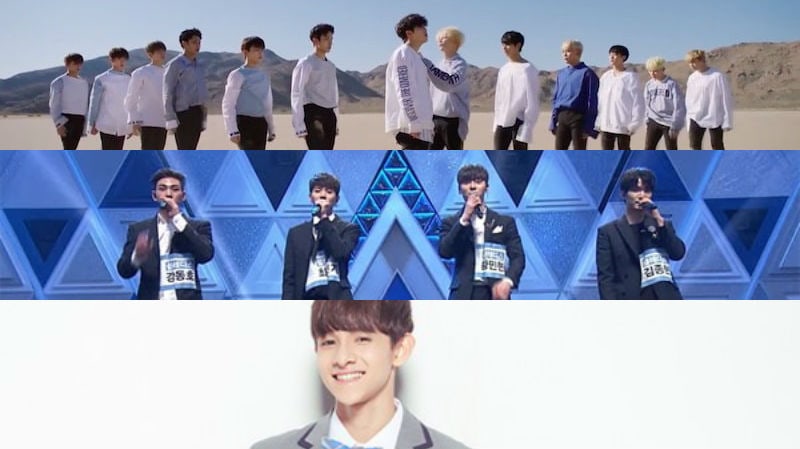 SEVENTEEN talked about Samuel Kim and the four members of NU’EST in a recent interview.

Samuel Kim, Kang Dongho, Hwang Minhyun, Kim Jonghyun, and Choi Minki are currently contestants on Mnet’s survival program “Produce 101 Season 2.” While Samuel Kim is a trainee from Brave Entertainment, he was previously a trainee at Pledis Entertainment, which is NU’EST and SEVENTEEN’s agency.

The SEVENTEEN members shared their support for their friends. Woozi said, “S.Coups and I trained with the NU’EST members in the past. I cheered them on ever since they decided to appear on ‘Produce 101 Season 2.’ Of course, I’m still rooting for them even now.” Seungkwan commented, “I have a great affection for the NU’EST members. I really hope everything goes well for them, and I’m really cheering for them.”

On June 8, the SEVENTEEN members were able to stand on stage with NU’EST’s Kang Dongho during the recording for Mnet’s “M!Countdown.” SEVENTEEN was a candidate for No.1 with their current track “Don’t Wanna Cry,” while Kang Dongho was performing “Open” with the rest of the winning team from the “Produce 101 Season 2” concept evaluations. S.Coups joked, “In order to keep up appearances, Baekho (Kang Dongho’s stage name) brought us coffee.”

The members also talked about knowing Samuel Kim when he was much younger. “When I saw him on the show, I noticed that Samuel’s voice had changed and he had gotten a lot taller. We happened to coincidentally meet on the street once, and when he called my name with his changed voice, it felt weird,” shared Mingyu.

S.Coups added, “I think Samuel Kim is really doing well. Even when he was younger he had a lot of talent and worked hard. He showed a kind of passion that is hard to see at that age.”

NU'EST
SEVENTEEN
Produce 101 Season 2
Samuel
How does this article make you feel?