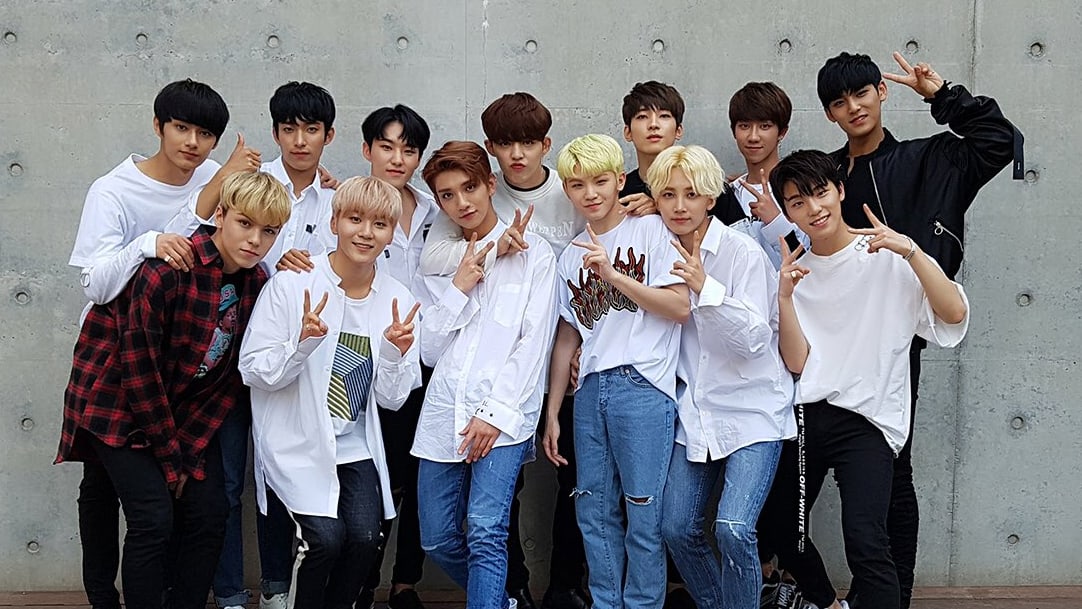 SEVENTEEN recently made a guest appearance on KBS Cool FM’s “Lee Soo Ji’s Song Plaza” and talked about everything from members’ sleeping habits to the group’s most high maintenance member.

SEVENTEEN’s Seungkwan sat alongside DJ Lee Soo Ji as a special DJ for the day and said, “I was once lucky enough to have the opportunity to become a fixed DJ on a radio show because of my humor and am honored to be able to DJ with you today.” Seungkwan continued to express his desire to become the next generation’s best variety MC.

The members were asked a lot of questions during the radio show, which allowed the group to reveal interesting bits of information to listeners about their fellow members. When asked who the most high maintenance member is, Mingyu unhesitatingly picked Seungkwan, which caused everyone to laugh. He said, “Recently, Seungkwan has become really high maintenance. He just always needs help in a variety of ways.”

When asked who the most handsome member in the group is, Jun replied, “My reflection in the mirror is handsome,” to which DJ Lee Soo Ji joked, “So he’s basically trying to say he’s the best looking.”

S.Coups revealed, “Mingyu has the worst sleeping habits. He tosses and turns really aggressively while he sleeps,” and other members added, “Mingyu sleeps on the top bunk so we get worried that he’s going to fall off his bunk one day.” Mingyu responded, “I didn’t realize my sleeping habits were that bad; although, I have noticed that my pillow somehow ends up near my waist when I wake up in the morning.”

When asked which member could potentially not have debuted with SEVENTEEN, Dino surprised everyone by picking himself. He explained, “It seemed like there were always a lot of concerns regarding me [debuting with SEVENTEEN].”

SEVENTEEN
Lee Soo Ji's Song Plaza
How does this article make you feel?