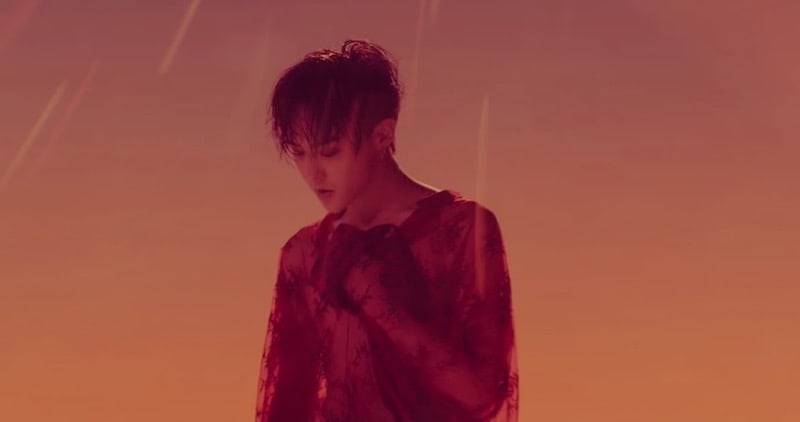 BIGBANG’s G-Dragon has secured a certified all-kill with his new track!

After the song “Untitled, 2014” off his new album “Kwon Ji Yong” was released on June 8, it quickly took over Korea’s major realtime charts.

Once all the music sites had updated their daily song charts by 2:30 p.m. KST on June 9, “Untitled, 2014” was at No. 1 on both the daily and realtime charts on all six major music sites. Since the track also held the No. 1 spot on iChart’s own realtime chart, the song achieved what’s called a certified all-kill! 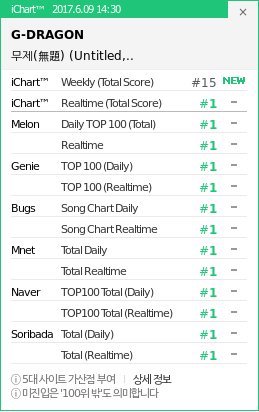 For “Untitled, 2014” to grab what is referred to as a “perfect all-kill,” it will need to remain at No. 1 on all these charts as well as take the top spot on iChart’s weekly chart.

G-Dragon’s new song has also been smashing it internationally, and swept worldwide iTunes charts soon after its release. As of June 9 at 11 a.m. KST, G-Dragon was also in the top spot on Chinese music site QQ Music’s charts for new songs, overall music videos, K-Pop music videos, and the trending index. Other songs on his new album have also taken high positions on the site’s charts.