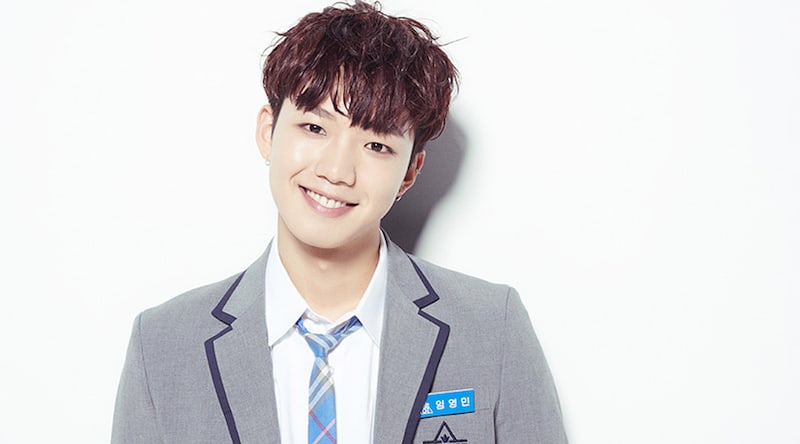 “Produce 101 Season 2” contestant Im Young Min has made an apology to voters and his fellow trainees.

The Brand New Music trainee has been under fire recently both after speculation that he is currently dating (which Brand New Music has denied), and also after a family member told fans which song to choose for Im Young Min for the concept evaluation.

In June 9’s episode of “Produce 101 Season 2,” 15 trainees were eliminated, bringing the current number of contestants to only 20. Im Young Min was one of the trainees who made it into the top 20, coming in at No. 17.

After his ranking was announced, Im Young Min took the chance to say, “Hello, I am Brand New Music trainee Im Young Min. I’m truly grateful to you for making it so that I can be in this spot, although I am lacking.”

“There has been a lot of talk lately,” he continued. “I want to say to both the nation’s producers and my peers who are training together with me who have been inconvenienced, I am truly sorry. I’ll try hard to show you my improved self. Thank you.” 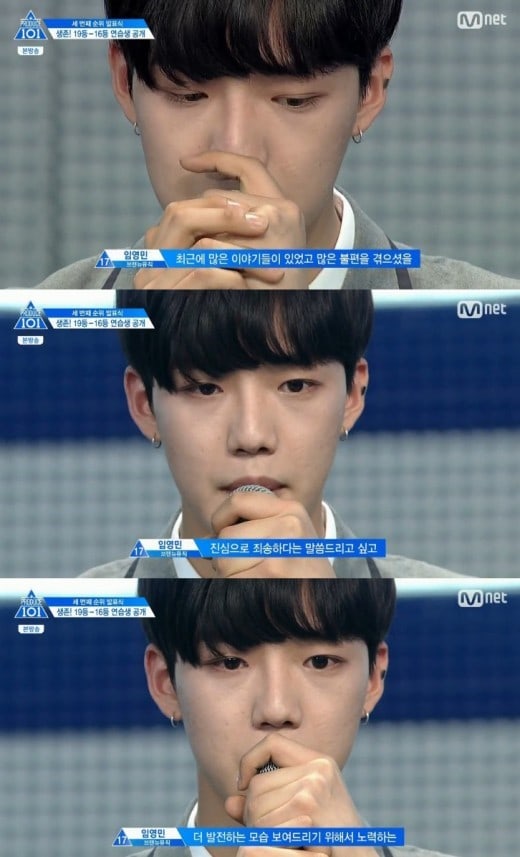 The finale of “Produce 101 Season 2” is set to be broadcast live on June 16, and will determine the final lineup of the group.

You can check out the results of Soompi’s International Producers’ Prediction Polls here.

Produce 101 Season 2
Lim Young Min
How does this article make you feel?