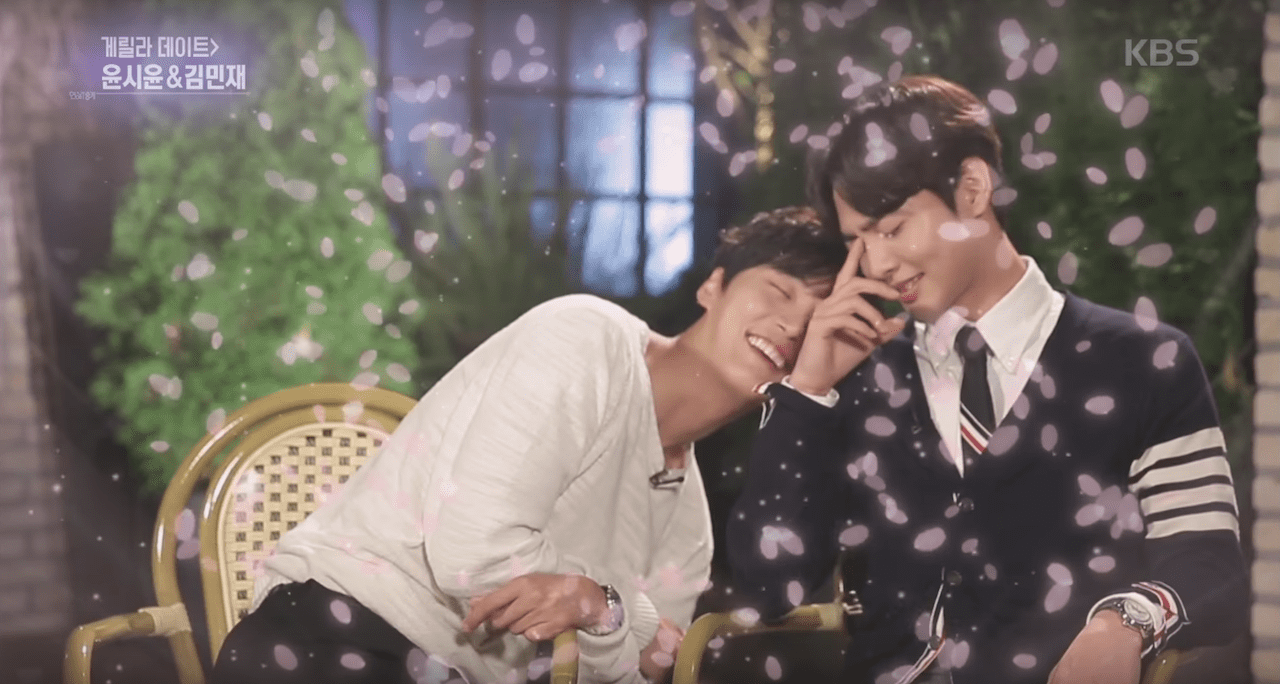 On June 9, actors Yoon Shi Yoon and Kim Min Jae appeared on the KBS variety show “Entertainment Weekly” as the guests for the segment “Guerilla Date.”

The two actors are currently working together in the variety drama “Greatest One-Shot.” When asked how Yoon Shi Yoon helped Kim Min Jae for his first appearance on “Entertainment Weekly,” Yoon Shi Yoon replied, “I told him not to block my jokes and to laugh at everything I say. When I was his age, I was treated with the same military discipline.”

Later, Yoon Shi Yoon jokingly promised his fans that he would not only give them a back hug, but he would also “backdrop” them (a pro wrestling move where you grab someone from behind and flip them over your head to bodyslam them to the ground).

The two of them are known for having a lot of celebrity look-alikes, with Yoon Shi Yoon resembling the actor Jung Il Woo. When asked about his resemblance to fellow young Yeo Jin Goo, Kim Min Jae said, “Jin Goo has a voice that’s 20 floors down. Mine is only about 10 floors down.”

Finally, the reporter asked the two of them about their relationship, asking Yoon Shi Yoon who he would save from the water between Cha Tae Hyun and Kim Min Jae. The actor sensibly replied, “Min Jae, since he’s currently sitting beside me,” and added, “He’s my son in the drama so I have to save my son.”

However, when the reporter asked how much money they would be willing to lend each other, both replied quickly that they had no money on them at present.