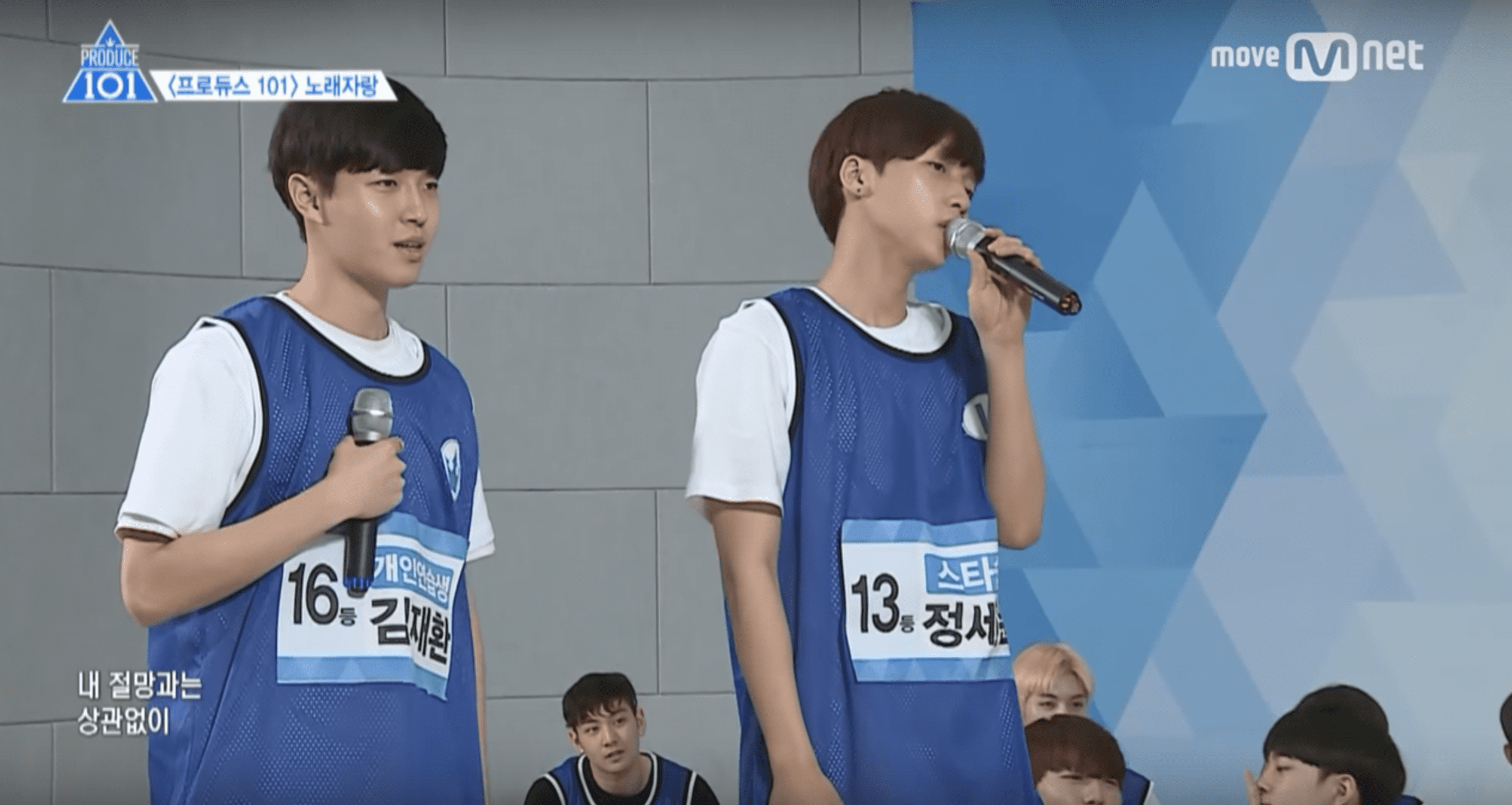 On June 9, Mnet released a clip of the “Produce 101 Season 2” trainees jamming out to a karaoke session that was not seen during the official broadcast.

In previous episodes, the trainees have gathered to compete in missions of strength such as push-ups, planks, and an old-fashioned arcade punch game.

This time, all the vocal position trainees gathered for an informal karaoke session with a karaoke machine. Based on the ranking nametags, the clip appears to have taken place sometime before the Top 35 elimination round.

First up were Joo Jin Woo and Kim Sung Ri, who teamed up to sing BIGBANG’s “Bae Bae,” with Joo Jin Woo taking over the rap parts. After they got Yoon Ji Sung and Kwon Hyun Bin excited enough to have them jumping around during the song, both trainees were shocked and excited at their final score.

Kim Yong Jin and Choi Min Ki didn’t lose to anyone in energy during their cover of “I’m the Best,” with Choi Min Ki in particular putting on a very flamboyant performance.