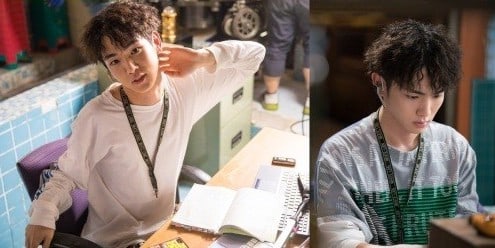 Recently the MBC drama “Lookout” revealed some stills of SHINee’s Key embracing his character as a genius hacker and his role as an actor behind the scenes.

“Lookout” (written by Kim Soo Eun and Park Hyo Yeon and directed by Son Hyung Seok and Park Seung Woo) is about a group of vigilantes who catch criminals but operate outside the boundaries of the law. One of the most important abilities for the group is maintaining an intelligence network and hacking into CCTVs, and Key plays the brilliant young hacker that takes on the job. 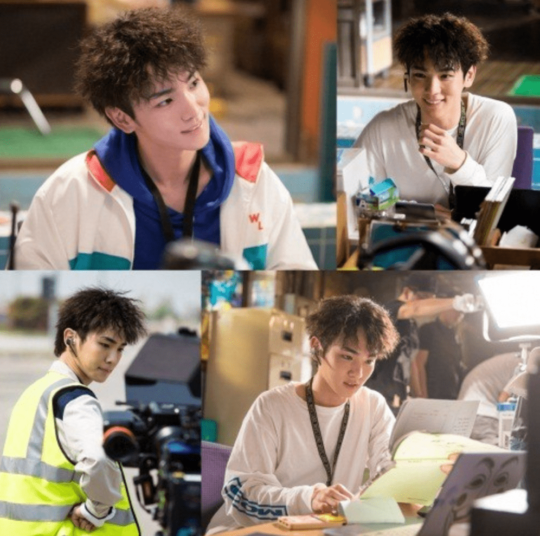 Although his character sometimes gets himself into trouble, his hacking skills are always on point at the decisive moment. He is also the source of some of the comedy in the drama as he is jostled back and forth between the two strong women in the show, Lee Si Young and Kim Seul Gi. However, he also acts as the glue that holds their partnership together, acting cute towards Lee Si Young and comforting Kim Seul Gi’s character’s emotional wounds.

Although this is a lot for one character to handle, Key has garnered praise for his acting, and his research into character analysis appears to have paid off as he synchronizes with his role. He is equally hardworking in the photos from set as he studies a script and checks his scenes on the monitor.

The production staff stated, “Key’s acting sense really brings out the appeal of Gong Kyung Soo. He portrays well not just his genius talents, but also his warm heart. His relationship with Seo Bo Mi [Kim Seul Gi] as well as what happened in his past will be revealed in the future, so please tune in to see Gong Kyung Soo and Key’s progress in ‘Lookout.'”

“Lookout” airs on Mondays and Tuesdays at 10 p.m. KST.