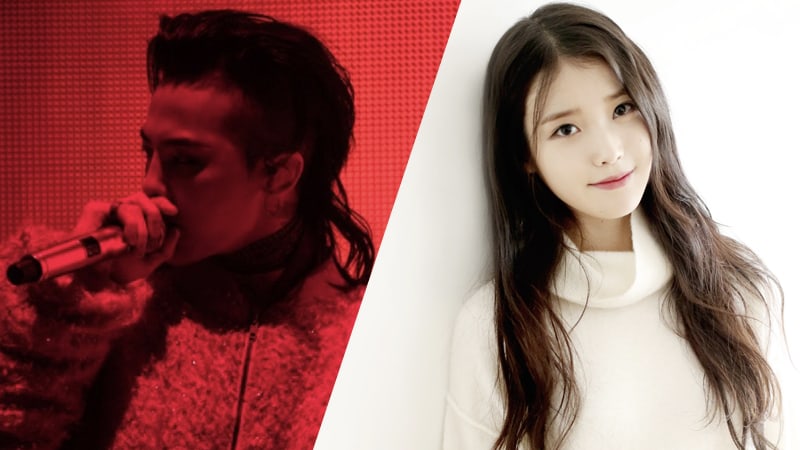 IU and G-Dragon sang IU’s recent song, “Palette,” and made small talk on stage. G-Dragon asked, “How have you been? We’re finally performing ‘Palette’ here today. I apologize for not making it before.”

He went on to reveal that IU sent him an odd present after “Palette.” He said, “I helped [IU] after she requested a feature, and she gifted me a refrigerator. I wondered why she sent a fridge, and I found out that it was full of bottles of soju wrapped with a banner of my face. It was enough to drink until I enlist in the army. I still feel dizzy.”

IU wittily answered, “You’ll have to drink up if you want to finish it before enlistment.” She then sang the female part of G-Dragon’s “Missing You” before going off stage.

Meanwhile, G-Dragon will be touring 19 cities worldwide, starting from Seoul.

IU
G-Dragon
How does this article make you feel?