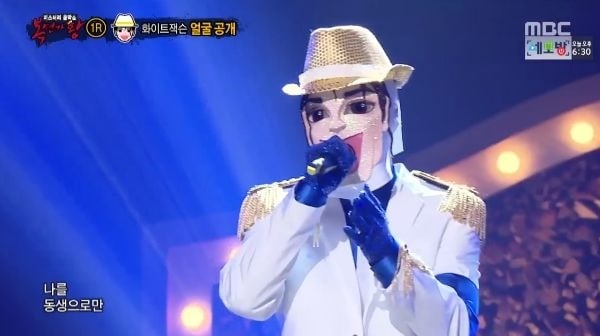 The identity of “Moonwalk to the Throne White Jackson” on MBC’s “King of Masked Singer” was revealed to be a member of a male idol group who’s been making a name for himself on variety shows.

The second stage of the first round featured a battle between “Moonwalk to the Throne White Jackson” and “Heal the World with My Music Black Jackson.” The duo wowed with a rendition of Michael Jackson’s hit song “Billie Jean.”

“White Jackson” was cheered on as he danced away and even did the signature moonwalk, while “Black Jackson” recreated the iconic singer’s unique vocal tone.

Both singers impressed, and “Black Jackson” won by a slim margin of 51 votes to 48.

“White Jackson” performed Lee Seung Gi’s “Because You’re My Woman” for his elimination track and took off his mask to reveal that he was none other than Super Junior-M’s Henry. 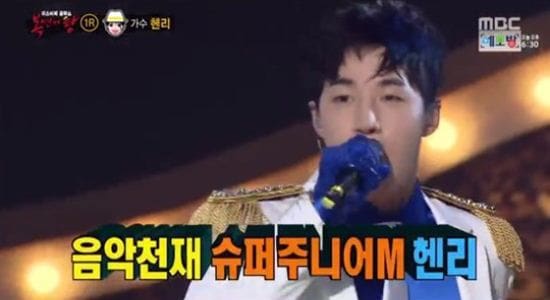 When asked why he decided to appear on the show, Henry explained, “Because I’ve mainly been on variety shows these days, there are some who don’t take me seriously. I hope people focus more on my music from now on.I wanted to showcase more of my music, so it’s a shame that I was eliminated.” 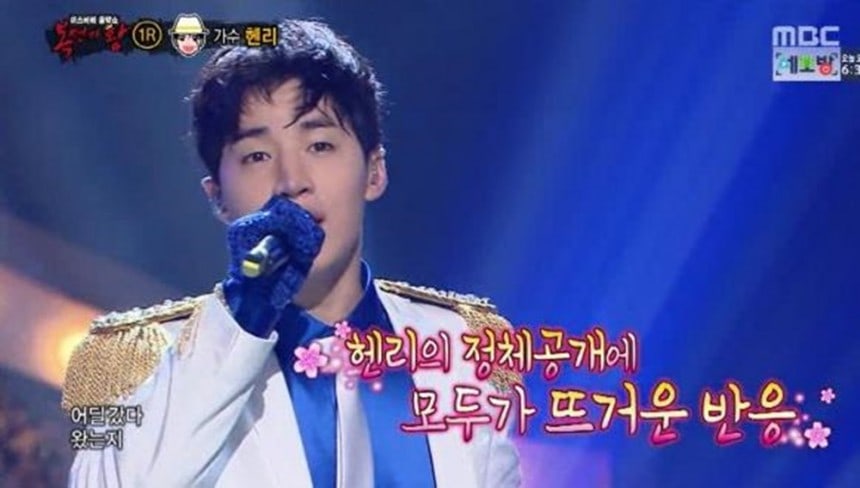 He had everyone laughing when he added, “I’m embarrassed. What am I going to tell my mom,” and “But you know, I was just three votes short so I’ll work harder and do better next time. Next time, if I can’t sit on the throne, I’ll just put a chair next to it and be the ‘King of the Floor’ instead.”

Check out Henry’s performance in the latest episode of “King of Masked Singer”!

Henry
Super Junior
Super Junior M
The King of Mask Singer
How does this article make you feel?