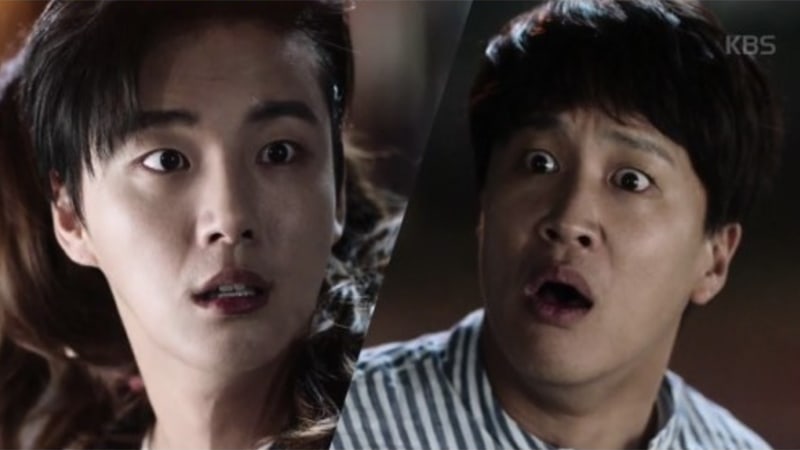 The ending scene of the two characters’ shocking encounter in June 10’s episode doubled the ratings for “Greatest One-Shot.” According to ratings research company Nielsen Korea, “Greatest One-Shot” scored 5.4 percent ratings in the metropolitan area and 4.9 percent ratings nationwide. Compared to the previous episode, the ratings each increased by 3 percent and 2.1 percent.

“Greatest One-Shot” tells the story of past idol star Yoo Hyun Jae who was once assumed dead, but in fact travels 24 years into the future and ends up in 2017. He becomes involved with Woo Seung (Lee Se Young), who is the crush of Yoo Hyun Jae’s grown up son Lee Ji Hoon (Kim Min Jae).

Gwang Jae, who knew Yoo Hyun Jae in the past, is shocked to meet him in present day. The surprising yet comedic encounter has sparked a rapid rise in ratings.