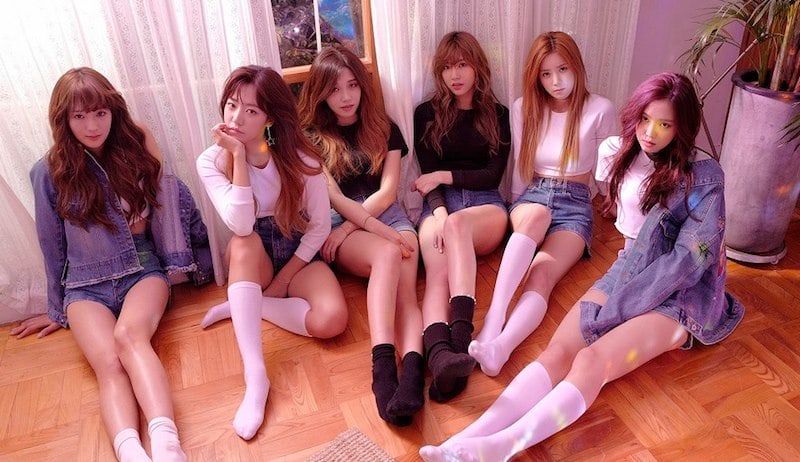 Apink has shared their future teaser schedule leading up to their comeback on June 26.

Starting June 19, each day will be devoted to a teaser for each individual member. Hayoung is first on the list, with Namjoo on June 20, Naeun on June 21, Eunji on June 22, Bomi on June 23, and Chorong on June 24 in order of age. June 25 is “Apink Day,” likely signaling a group teaser.

The rest of the schedule announces that there will be two teasers per day, an image teaser at midnight KST and a film teaser at noon KST. 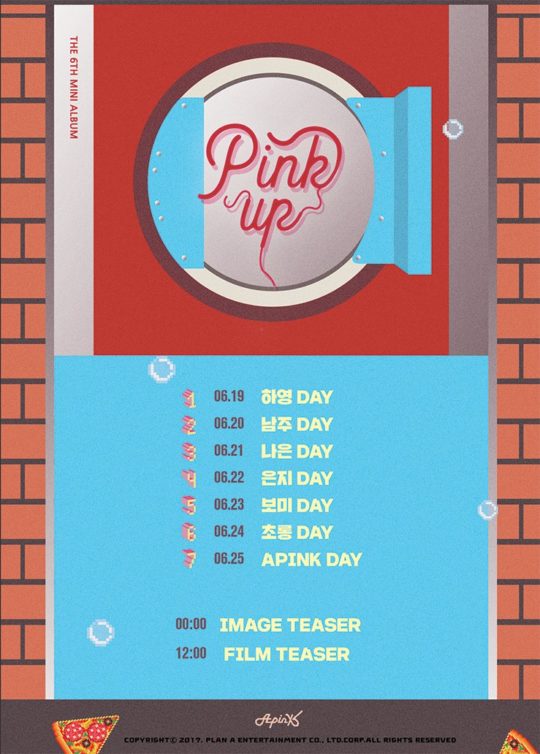 Apink has shared some more details about their comeback by releasing a track list for their sixth mini album “Pink UP”!

The track list reveals that their title track will be called “Five,” and there will be five other songs on the mini album, as well as an instrumental version of “Five.” 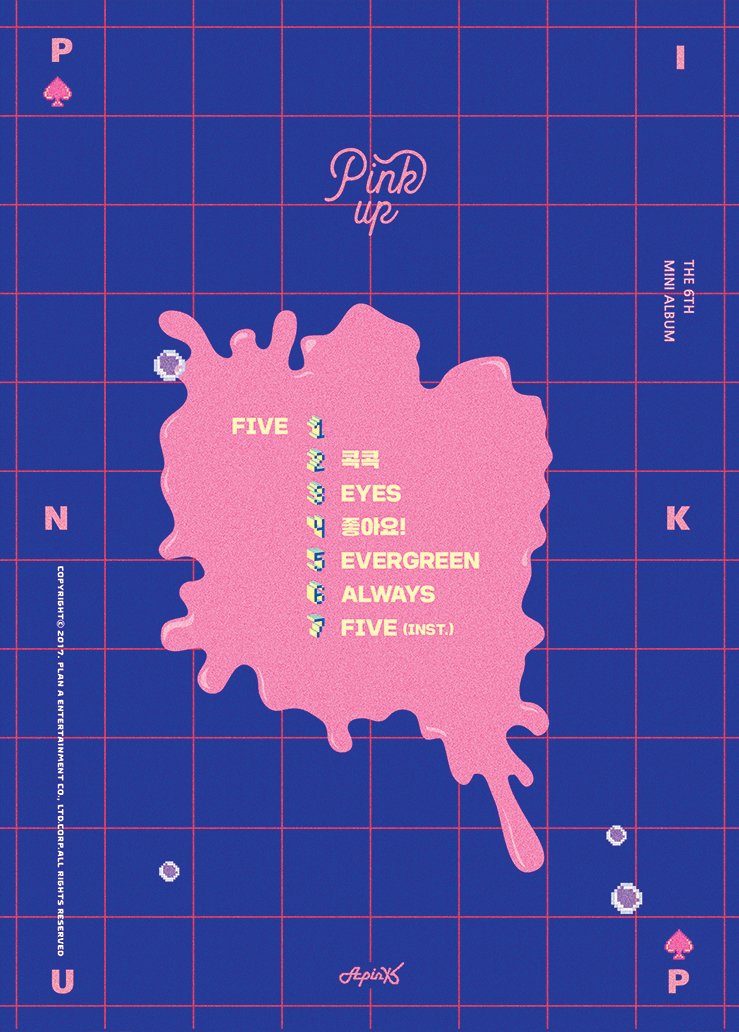 Apink has revealed the title of their upcoming release!

On June 12 at midnight KST, the group shared their first teaser image for their comeback on Twitter, and revealed that their new sixth mini album will be called “Pink UP”! 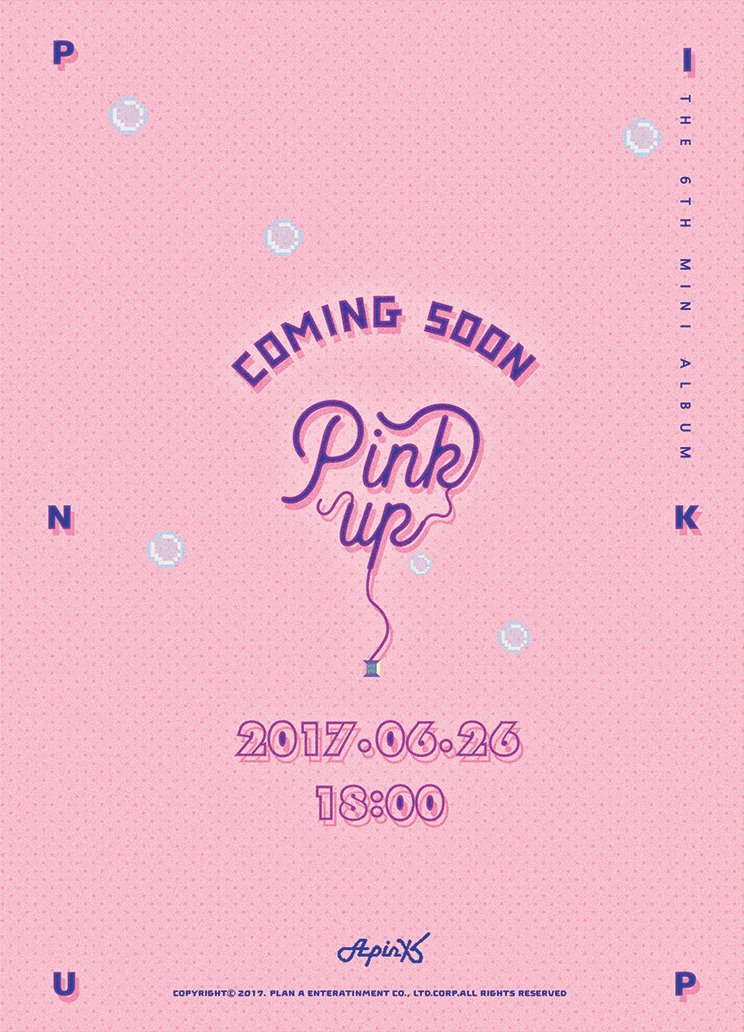 Are you excited for Apink’s return?