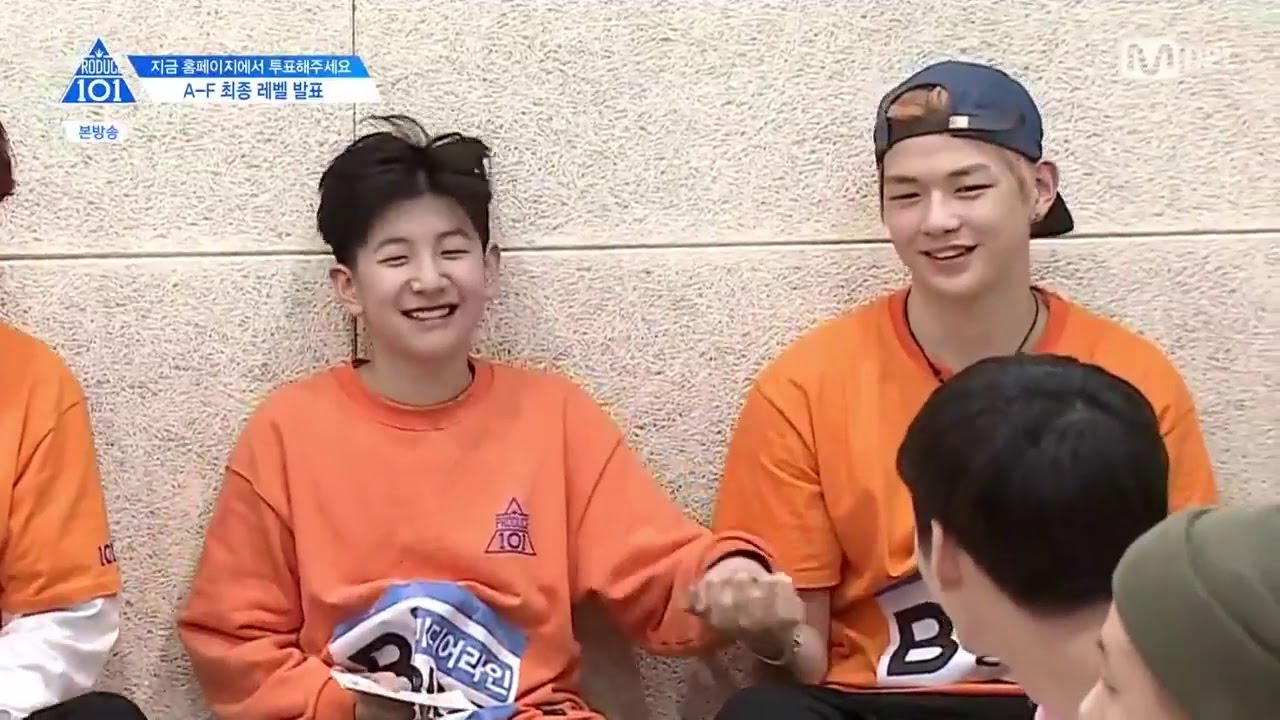 After his friendship with fellow “Produce 101 Season 2” contestant Kang Daniel became a touching highlight of the show for many viewers, Lee Woo Jin has talked about his relationship with the older trainee.

“It’s true that I’m close with Kang Daniel, but I didn’t know it would be called a ‘bromance,'” said Lee Woo Jin in a recent interview. “The power of editing was strong. It was thanks to him that the public found out more about me. I’m grateful for him.”

“But surprisingly, I don’t contact Kang Daniel very much,” continued Lee Woo Jin. “Because neither of us look at our phones a lot.”

See also: 7 Friendships From “Produce 101 Season 2” That Will Melt Your Heart

Lee Woo Jin went on to say that he does talk to the trainees from Brand New Music often. “Our agencies are only about two minutes away from each other, so if we run into each other, they’ll buy me something to eat at the convenience store,” he said. Brand New Music’s trainees who remain on “Produce 101 Season 2” include Park Woo Jin, Lee Dae Hwi, and Im Young Min, with Kim Dong Hyun recently eliminated from the competition.

Lee Woo Jin went on to say, “Kang Daniel taught me a lot about dancing. He also really has the feel of an idol. He’s cool. I learned from him about the talents that idols need to have.”

The young trainee also chose Brand New Music’s Im Young Min as the contestant who he thinks practices the most out of all the contestants currently in the running. He added that when he was in the same team as Im Young Min for a mission, Im Young Min even taught the others about their positions for the choreography.

Lee Woo Jin is a trainee at Media Line who was eliminated during the most recent episode of “Produce 101 Season 2,” and is one of many former contestants who have taken to social media to thank fans after his time on the show came to end.

Meanwhile, Kang Daniel grabbed the top spot in the rankings last week, with Im Young Min coming in at No. 17.