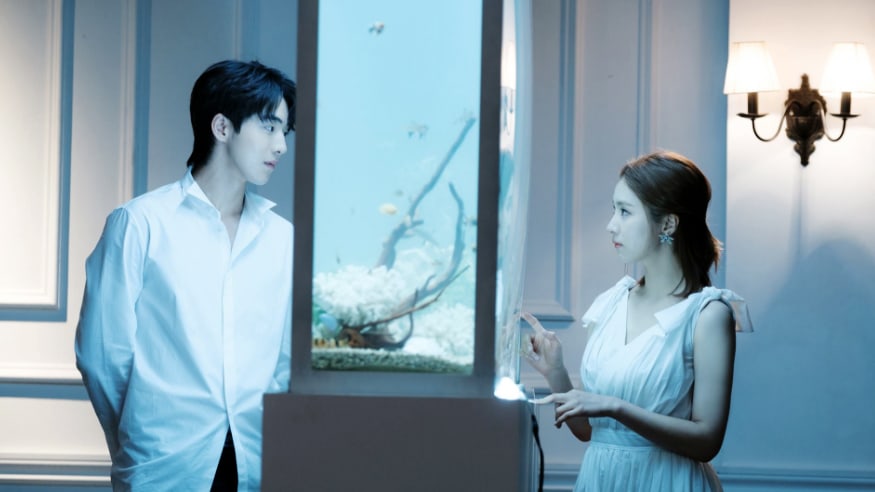 Although the two characters’ romance has been teased in a number of videos already, this is the first set of stills that show the two meeting within the narrative of the drama. Nam Joo Hyuk’s character, Ha Baek, is a water god who descends to earth to meet his bride. Shin Se Kyung’s character’s family has been destined to serve the water god for generations, which is how she becomes the water god’s bride. Her character Yoon So Ah is a pragmatic doctor of psychiatry whose destiny is intertwined with the water god’s, unbeknownst to her. 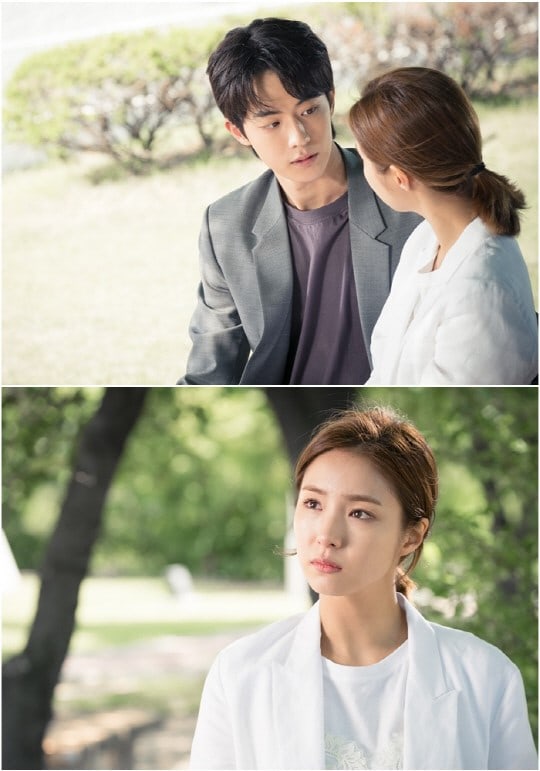 Previously, the drama shared stills of Shin Se Kyung’s new look for her character in the drama. Plus, Nam Joo Hyuk’s character shows off his powers as a a water god in the latest teaser for the drama.

tvN’s “Bride of The Water God” is a modern adaptation of a popular Korean manhwa of the same title. The drama is set to begin airing on July 3 at 10:50 p.m. KST.