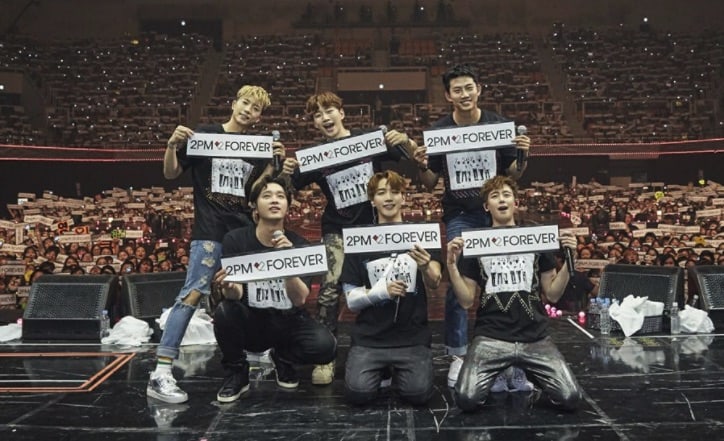 On June 11, the six-member group held their last “6 Nights” concert in Seoul as they enjoy their 10th debut anniversary this year. However, it appears as though this concert will be their last with all six members prior to military enlistment.

The group performed their numerous hit songs and more. Member Jun.K who recently suffered from an injury, performed while wearing a cast. 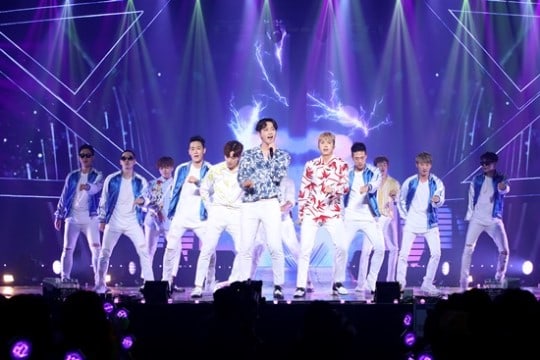 2PM has come a long way since their debut with “10 out of 10” and as the original beastly idols. They thanked their fans and said, “Meeting all of you is good fortune and happiness.” Taecyeon also talked about his upcoming military enlistment and promised, “We will be unable to perform on stage as six, but we will be able to return soon and meet again.” 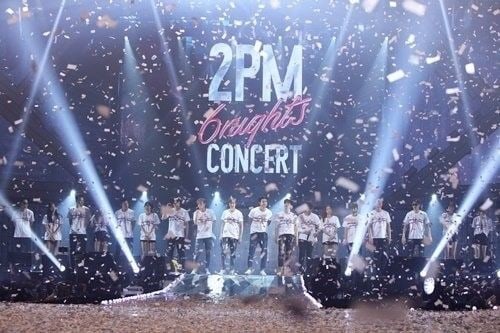 The members showed their love and friendship with one another as well. Chansung said, “I think it is difficult to meet people like them in a lifetime. So I will be the maknae for life. I’m most thankful to the members who have been together and will stay together in the future and to Park Jin Young who helped us meet.”