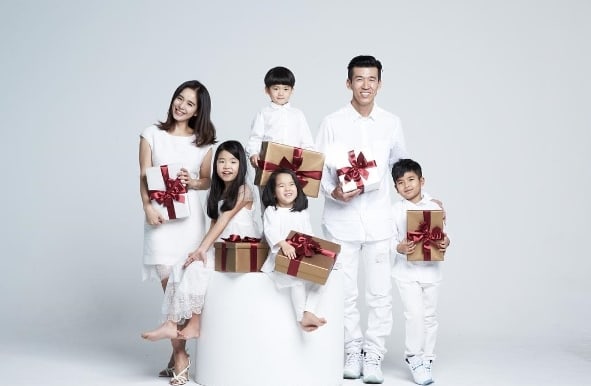 Sean recently appeared on KBS’s “1 vs. 100” as a part of their family special.

During the show, he was asked, “The amount of money you’ve donated till now adds up to around 4.5 billion won (approximately $3.97 million), did you ever think you’d ever donate that much?” Sean replied, “No. For my family, we try to donate at least 10,000 won (approximately $8.82) a day. We donate within our means, and as small as that can be, it can also lead to small miracles.”

Hearing this, the MC further asked, “Have you ever regretted donating such a large amount?” to which Sean said, “If I had ever regretted it, I would have never been able to donate so much. I believe that the money I’ve donated is being used in a meaningful way. I ask myself, ‘Is there anything else I could have done with 4.5 billion won that would have made me happier?’ and the answer to that is no.”

Sean and his wife Jung Hye Young are well-known for their acts of charity, whether it be celebrating their wedding anniversary by volunteering, donating money to open Korea’s first children’s rehabilitation hospital, or donating coal briquettes to those in need.