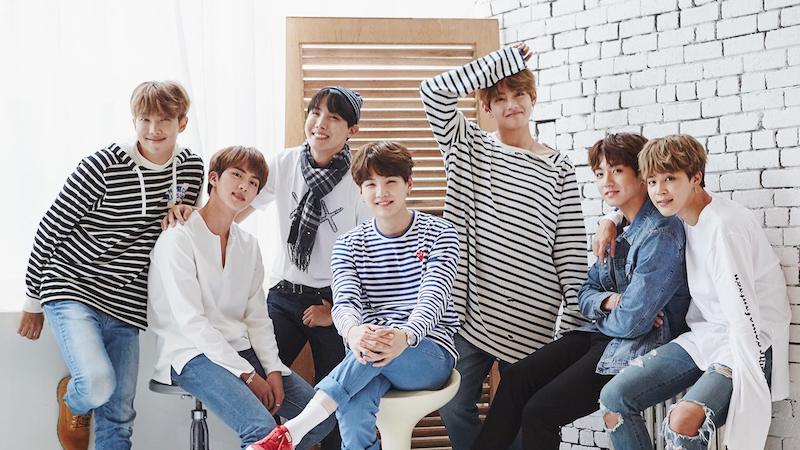 BTS And ARMY Celebrate 4 Incredible Years Together On Debut Anniversary

The group made their debut on June 13 of 2013 with their title track “No More Dream” off their first single album “2 Cool 4 Skool,” and have since gone on to release two full albums and four mini albums in Korea, as well as repackaged versions and singles, in addition to releases in Japan.

Although they started as underdogs at the relatively small agency Big Hit Entertainment, BTS has achieved huge domestic and international success, particularly in the past year. Their most recent release “You Never Walk Alone” and its title track “Spring Day” achieved record-breaking results on international charts such as Billboard and iTunes, and the group recently became the first K-pop group to receive an award at the Billboard Music Awards.

In the lead-up to their anniversary throughout the first half of June, BTS has been gifting fans with plenty of new content as part of their celebrations entitled “2017 BTS Festa.” Highlights from this year’s celebrations include a new cover of “We Don’t Talk Anymore” by Jungkook and Jimin, dance practice videos for “Not Today” and another for “I Like It Part 2,” a beautiful ballad by Rap Monster and V entitled “4 O’Clock,” and much more.

On the evening of June 12, they shared their latest offering for fans: this year’s “Kkul FM” anniversary radio show! Watch the video with English subtitles below.

Shortly after midnight KST on June 13, Rap Monster tweeted a set of photos of himself from their first year after debut, followed by a couple recent selfies. He then shared a photo with Suga from their first shoot together in April of 2013, before adding a shot with V and J-Hope looking so very young. “Thank you for our 4th anniversary, everyone,” he wrote.

Meanwhile, fans have taken to Twitter to show their love for BTS while looking back at the group’s years together! So many fans are tweeting that as of 12:55 a.m. KST, the hashtag “4yearswithBTS” is trending worldwide at No. 1.

Congratulations on your 4th anniversary. There's nothing more precious for ARMY other than your happiness.#4YearsWithBTS #BTS4thAnniversary pic.twitter.com/oqZ3rCcivT

4 years with 7 beautiful souls full of smiles and tears and I never regret spending those moment together #HappyBTSBirthday #4YearswithBTS pic.twitter.com/zl8UAd5Afe

BTS will be celebrating their anniversary with their fans on June 13 at their “Home Party” event, which will be broadcast live on Naver’s V Live at 8 p.m. KST.

Happy fourth anniversary, BTS! We can’t wait to see what you have in store for us in the future.